A few weekends ago, I took the High Speed Rail from Taipei to Tainan for a quick three-day stay. Let me just say this once and get it out of the way: Tainan in the summer months is as hot as the surface of the sun.

Without access to a car, scooter, subway system or public bus system, the only options to get around were taxis or walking.

The good news is that taxis in Tainan are cheaper than in Taipei. The bad news is there are like 25 taxis in all of Tainan, and you’ll likely develop a tan while trying to hail one.

Okay, so here’s what I got up to in Tainan… 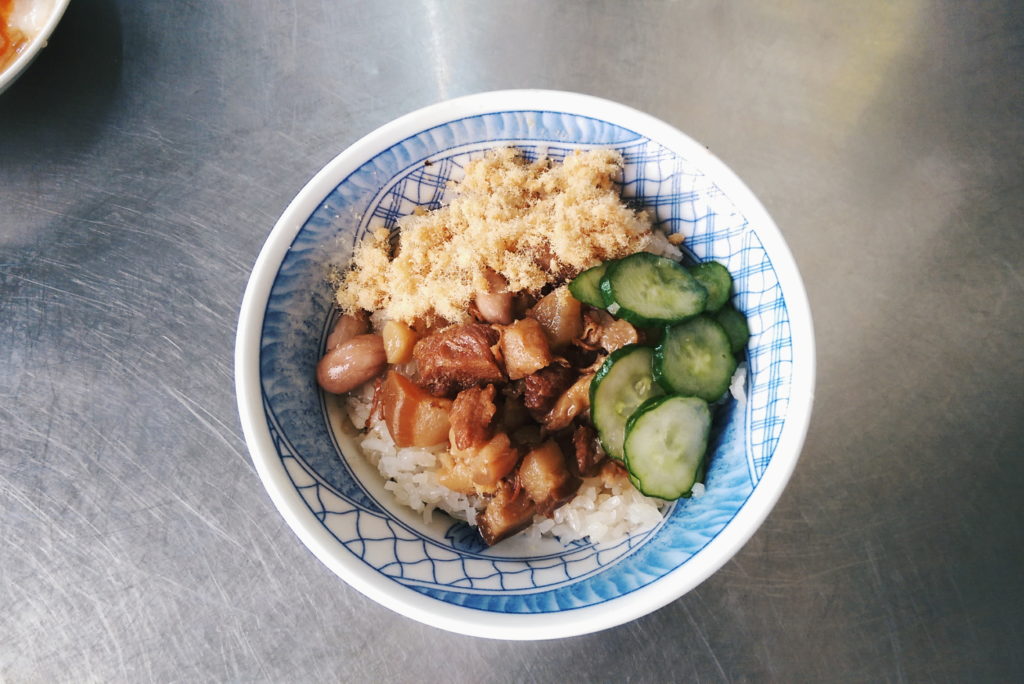 Tainan is all about the street food, see above. As explained to us, why would anyone in Tainan eat in a restaurant when you can have a meal of “small eats” for 100NT and get change back? Fair enough!

I won’t go on about the street food options — plenty of blogs do that already — but I did learn that the famous beef soup shops are typically closed on Mondays. Apparently it’s the one day of the week they don’t “kill a cow”. So, you know, make other plans on Mondays.

The beef soup place we had planned to visit — but didn’t — is called 石精臼牛肉湯 [map link]. Luckily it’s located in a bustling area with lots of other food options so we didn’t get too hangry. 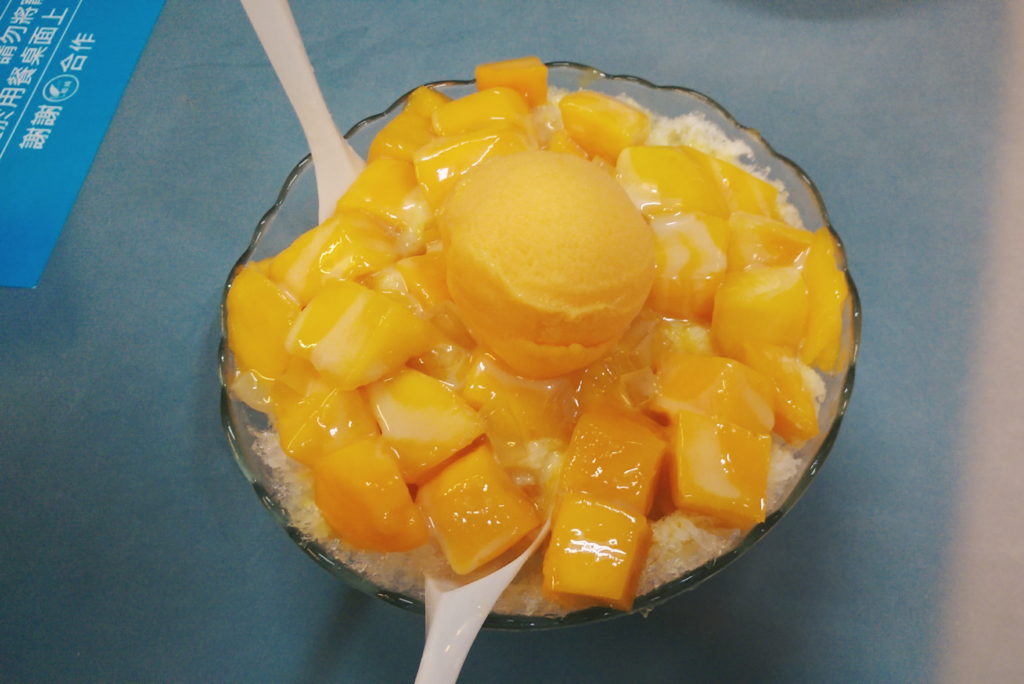 Tainan is also famous for its fruit and ice cream. Believe me, the Tainan hashtag on Instagram has the most photogenic bowls of mango ice, soft serve cones and juices.

Like a fool on the cusp of heatstroke, I said to myself, I need to have one of those bowls. Nevermind that mango ice back in Taipei is exactly the same. The above bowl was 200NT and definitely tasty, but we waited for 20 minutes and finished the bowl in two.

Here’s another fruit experience I had in Tainan: I ordered a fresh carrot and apple juice from a street stand to cool my insides. The juice was 75NT and came without ice. As in, the default temperature was slightly warm. Basically a failed gazpacho.

Is this common in Tainan? I don’t know. Should I have requested ice? Definitely yes. Who thinks to do that when it’s 200 degrees though? No one. So that’s another tip for you. 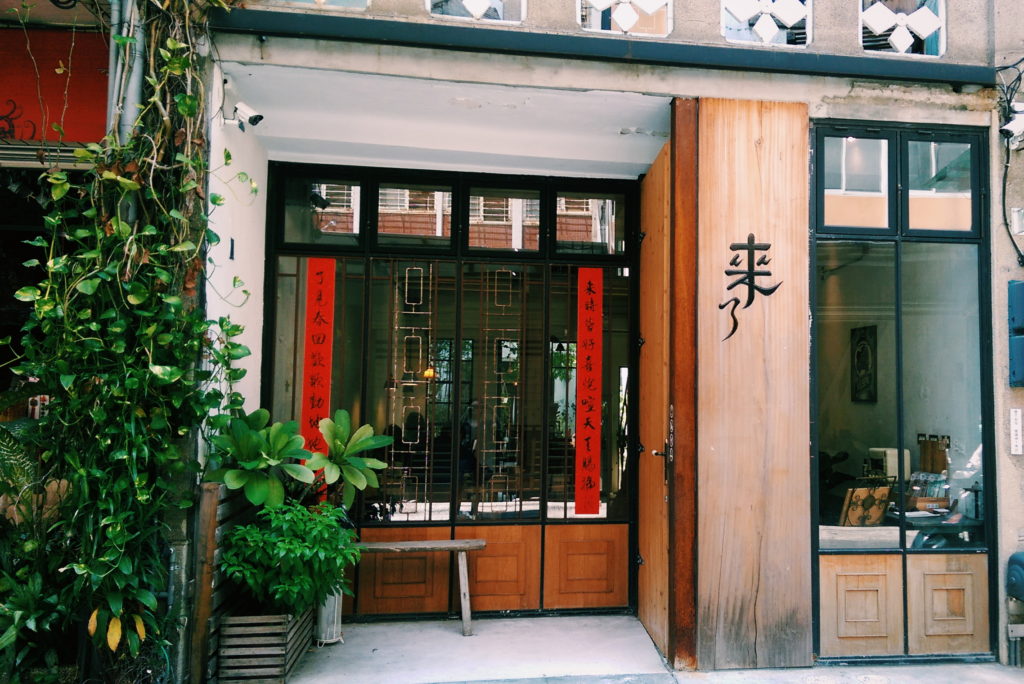 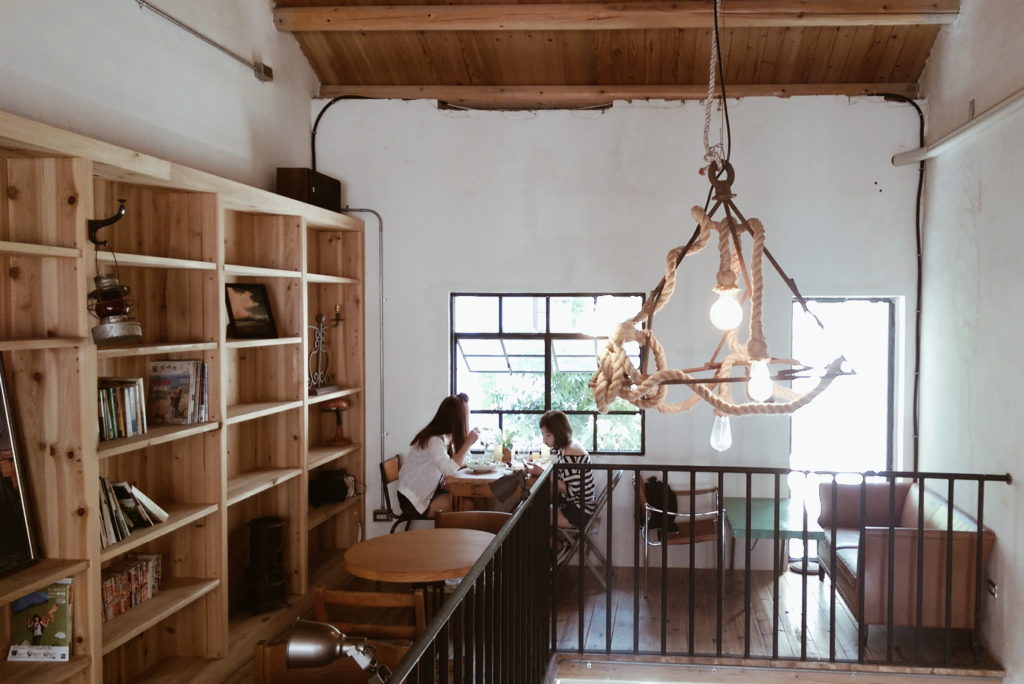 Tainan is dotted with a hundred cute, air-conditioned cafes. Sure, you might spend around 200NT for a banana smoothie as I did, but if you sit there for three hours, that’s less than 70NT per hour of coolness. Your insides will thank you.

Above is the two-storey cafe of “Lai-le” [來了] or “Came to Spend the Night” [map link]. “Lai-le” also operates a block of five renovated apartments you can book on Taiwan’s version of Airbnb, called Dearbnb.

Rooms start at 4,000NT, which is a little pricey when you can book a five-star hotel room in Tainan for just 500NT more. But you really can’t argue with how cosy and intimate they look.

I’m not a huge cafe person, but this place was seriously cute. I love it when traditional architecture is renovated in a way that preserves the character of the building. I would love to see more of that in Taipei. 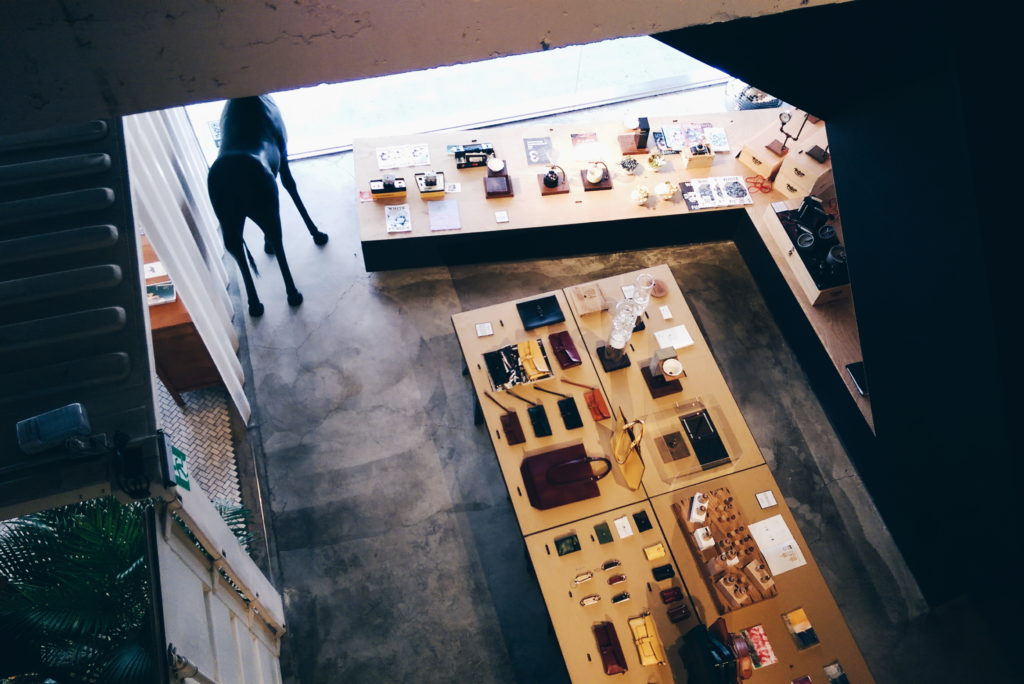 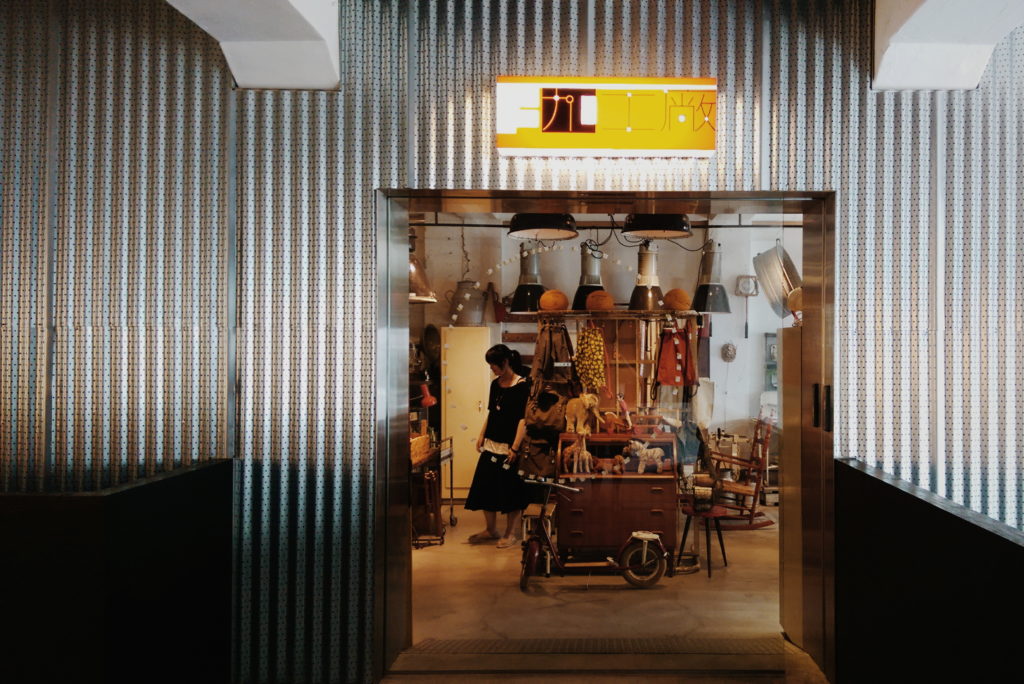 In terms of shopping, two places worth checking out in Tainan City are Dou Maison (above) and Hayashi Department Store. They’re located side by side in the area known as the “Ginza of Tainan” during Japanese rule.

Originally opened in December 1932, Hayashi was Taiwan’s very first department store and proud home of the first elevator on the island. The building was left badly damaged after World War II and only restored to its former glory in 2013.

Go there to see the retro architecture if you’re a history buff, and buy some souvenirs if you just can’t help yourself. There’s snacks, stationery, crafts and accessories for sale.

Next door, Dou Maison [map link] is the flagship store and headquarters of Douchanglee, the brand run by Taiwanese fashion designers, Stephane Dou and Changlee Yugin. I already have a few items of theirs, so I know the brand well. The clothes are reasonably priced, great quality and frequently on sale.

Dou Maison in Tainan stocks the fashion line, as well as two floors of antique homewares and accessories. Here are all of their Taiwan locations if you’d like to check out the clothes. 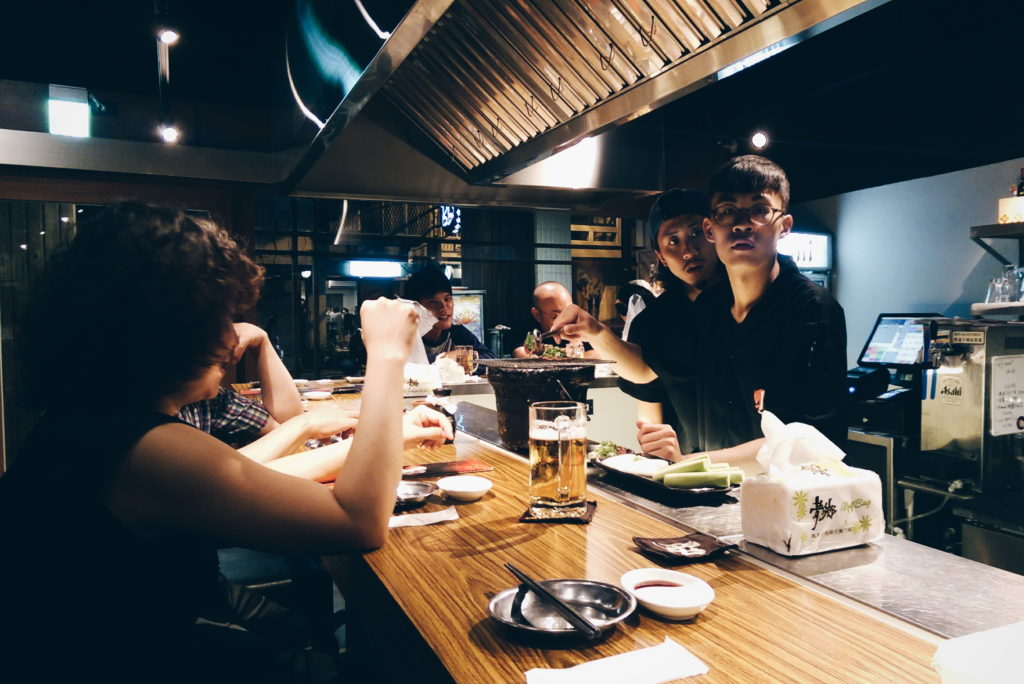 Wandering the streets looking for food is the worst, so I made sure to have a yakiniku option tucked away in my back pocket. This place is called 肕 燒肉.酒肆 [map link]. It’s popular with Tainan’s Japanese residents who like the authentic charcoal grills. (Apparently there are lots of Japanese people who work at Tainan Science Park.)

We had a perfectly good meal here and chugged down a couple of cold beers. Sorry to the staff for this deer-in-the-headlights photo. They were so helpful and friendly, especially when letting us know which cafes and street eats in Tainan are overrated. Turns out a lot! 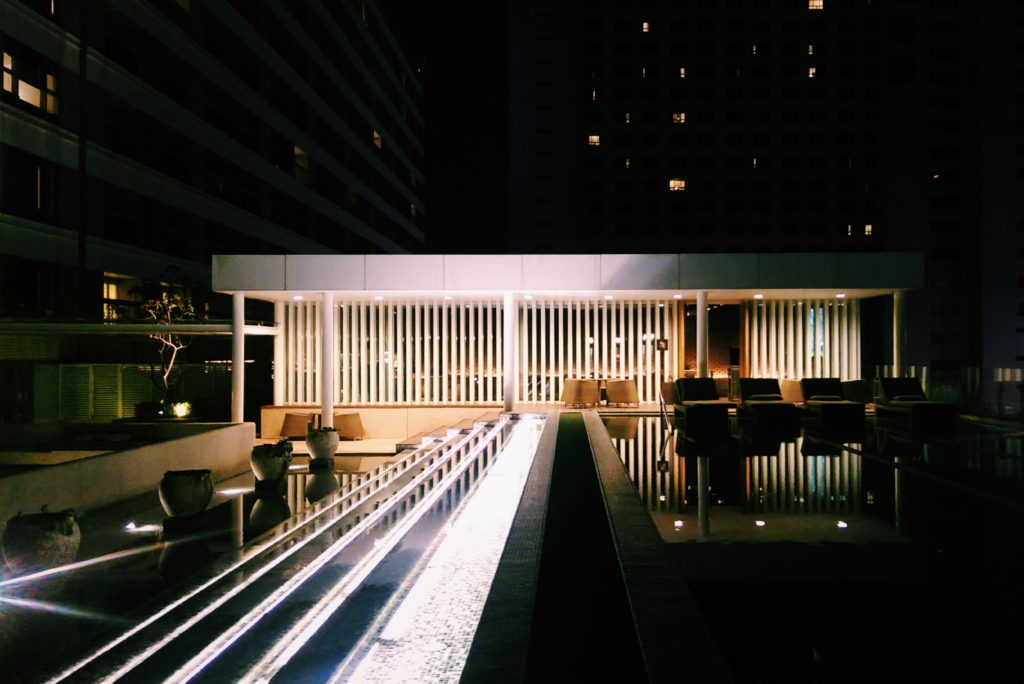 This stunning building is the poolside Glass House bar at Silks Place Tainan or 台南晶英酒店 [map link]. Silks Place is a gorgeous, resort-style hotel owned and operated by Regent Hotels. You can read more about our stay, if you’d like.

The bar is open from 5pm to 12am daily. We stopped in to experience this ingenious and beautifully designed drinking game below. 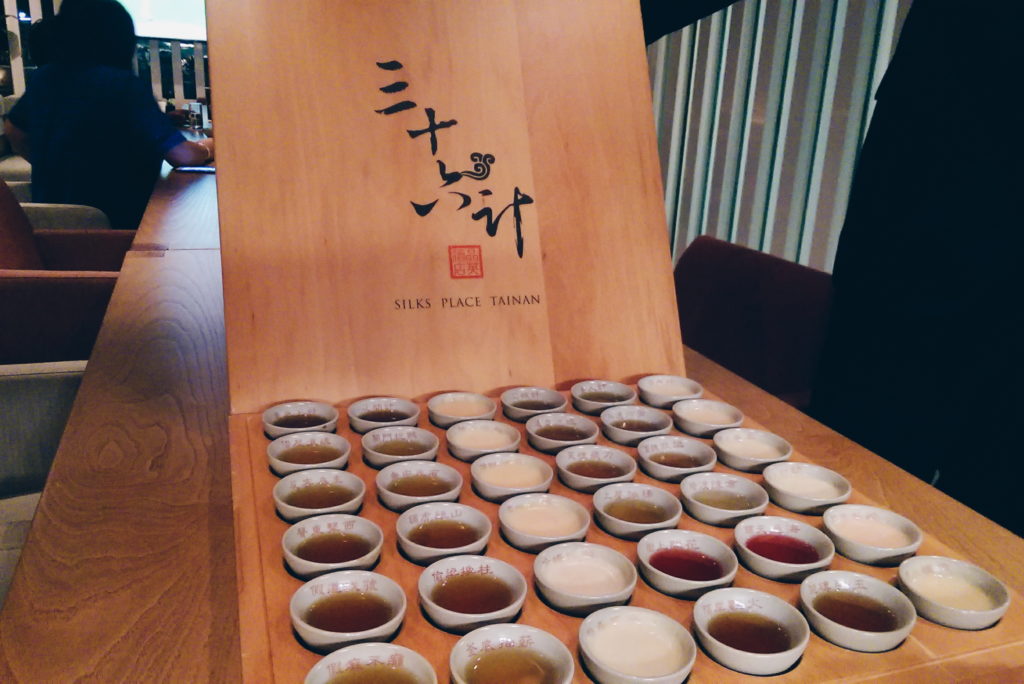 The game is called “36 Tactics”. Since there are only five custom-made sets, you need to book ahead with the bar to reserve your box. Be aware it costs 1,800NT, so bring friends!

The best part of the game is reading the war tactics. Here’s the Wikipedia page listing them. My favorite is this one: “Feign madness but keep your balance.” That’s pretty good life advice, don’t you think? 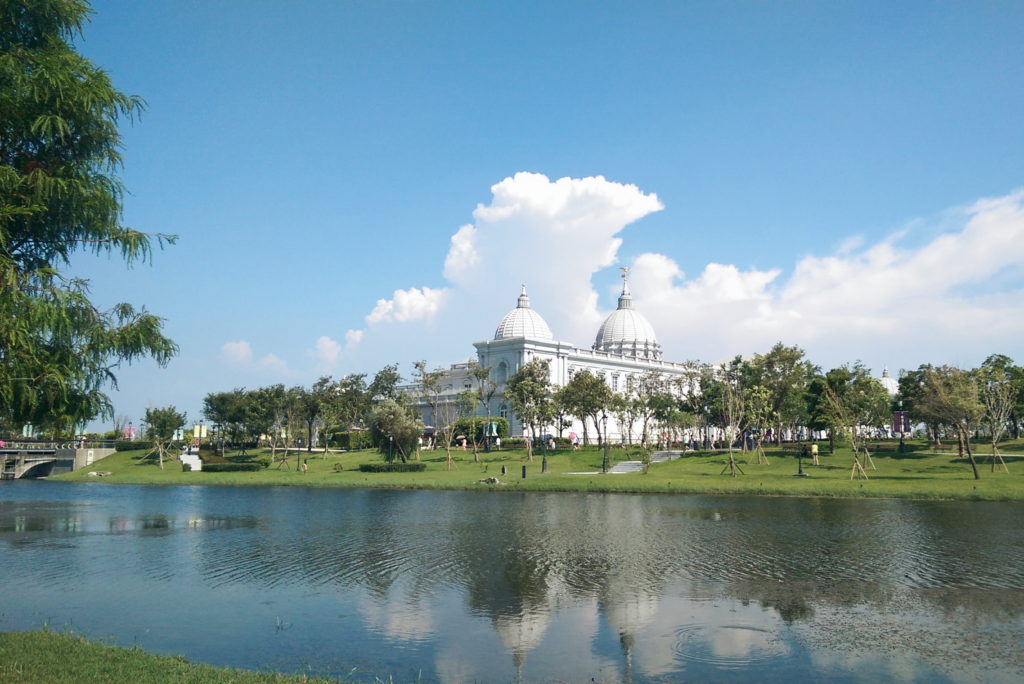 Another worthwhile experience in Tainan was visiting Chimei Museum [map link], which opened in its current location in January 2015.

Since the museum is free for Tainan residents, it was completely packed on the Sunday afternoon we were there. Despite the crowds, it’s definitely worth a visit. The permanent exhibits are world-class and the surrounding gardens are meticulously well-kept.

You can read more about our visit to Chimei Museum here.

Note: Chimei Museum is closed on Mondays, and taxi is the easiest way to get there and back from the city center.

That’s it from Tainan. Thanks for the tan! A Night at the Rosewood Beijing

September 4, 2015
There are no comments yet No comments