The DMZ tour is one of those what-the-hell experiences that makes you think hard about the world we live in. The good, the bad and the ridiculousness of it all.

It was hands-down the single best thing we did in Seoul.

Being there pushes you to think about freedom, about history, about injustice. How men can cause so much shit to happen. And the pathetic reality that the madness won’t stop anytime soon.

In Taiwan, we have the Taiwan Strait as a buffer. In Korea, there’s just a 4km wide stretch of land — the DMZ — separating the militaries of the North and the South.

More than a million people visit the DMZ each year. And there are a bunch of official tours you can choose from.

I picked this full-day tour because we wanted to visit the Joint Security Area (JSA) and see the infamous Conference Row where meetings take place between the two sides.

There’s a strict dress code and you need to send your passport information first. Tickets cost about US$90 per person.

I’m not going to go into a lot of detail about the tour itself — it’s so good you really should experience it in person. But what I will say is that it’s not as tense as you’d expect.

The South Koreans treat it all as an attraction. They want you to visit, to see what’s happening there, to learn about the relationship.

Some of it is propaganda, of course. But at times it’s just plain fun. Our two military guides — one Korean, one US — were serious, but also funny. They cracked jokes and told stories that are so unbelievable you can’t help but feel you’re in an episode of 30 Rock. 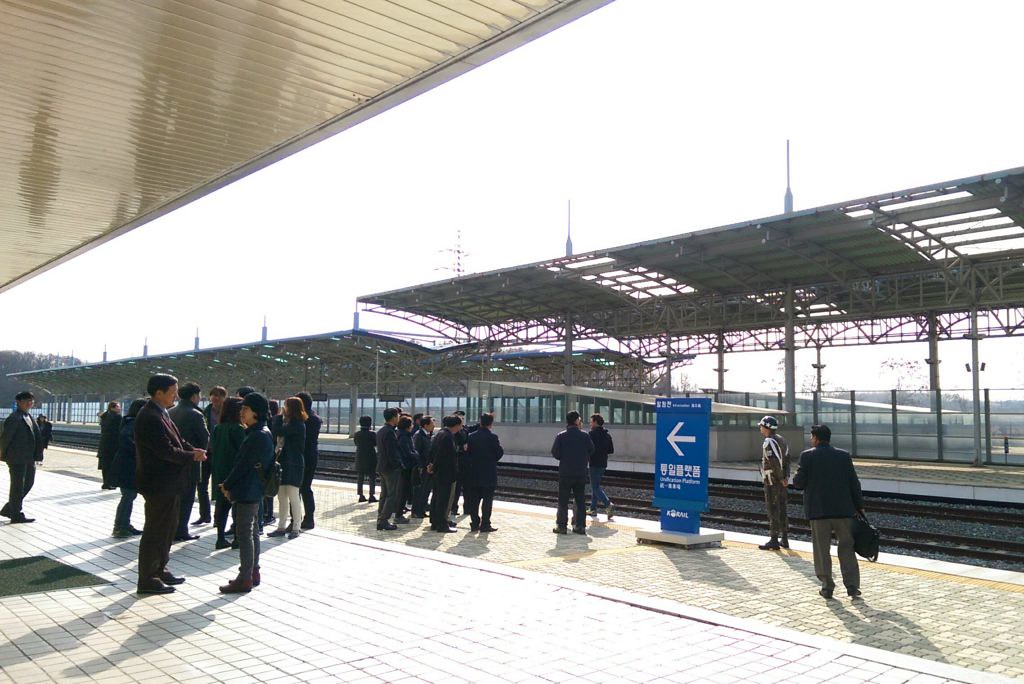 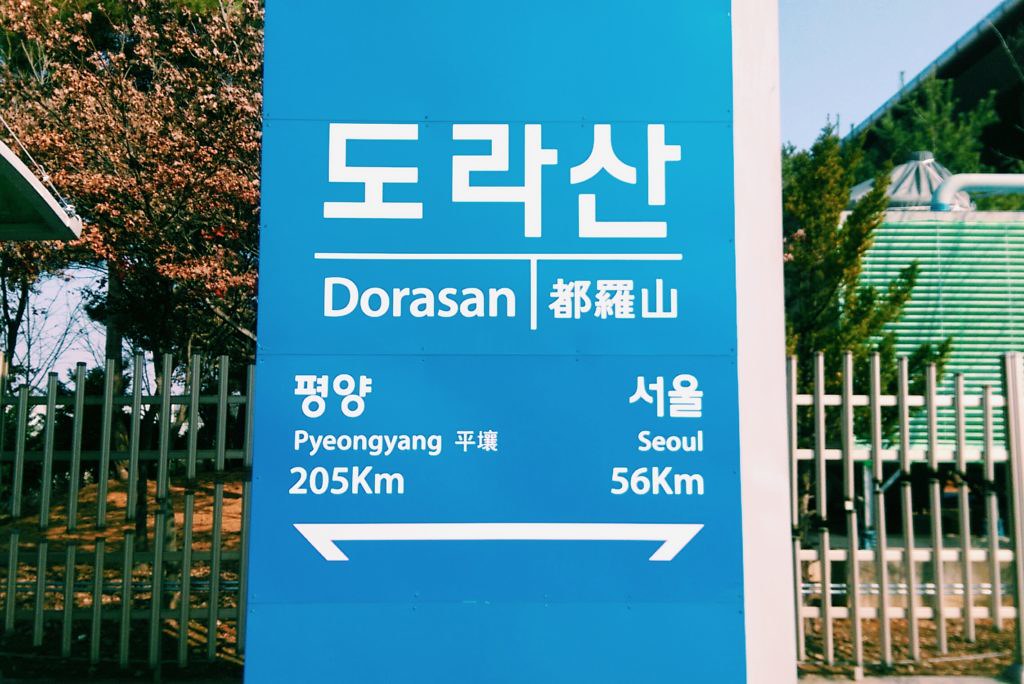 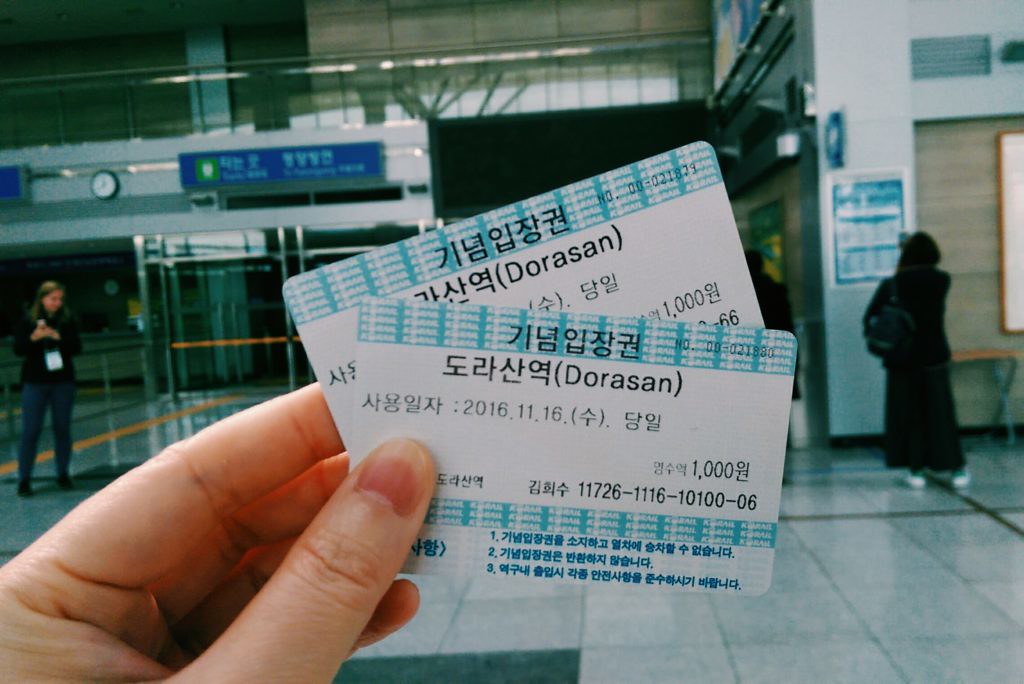 Our first stop was the Dorasan Station. It’s a fully functional train station built as the last stop in South Korea. It exists to connect South Korea to the North—- if reunification ever happens. 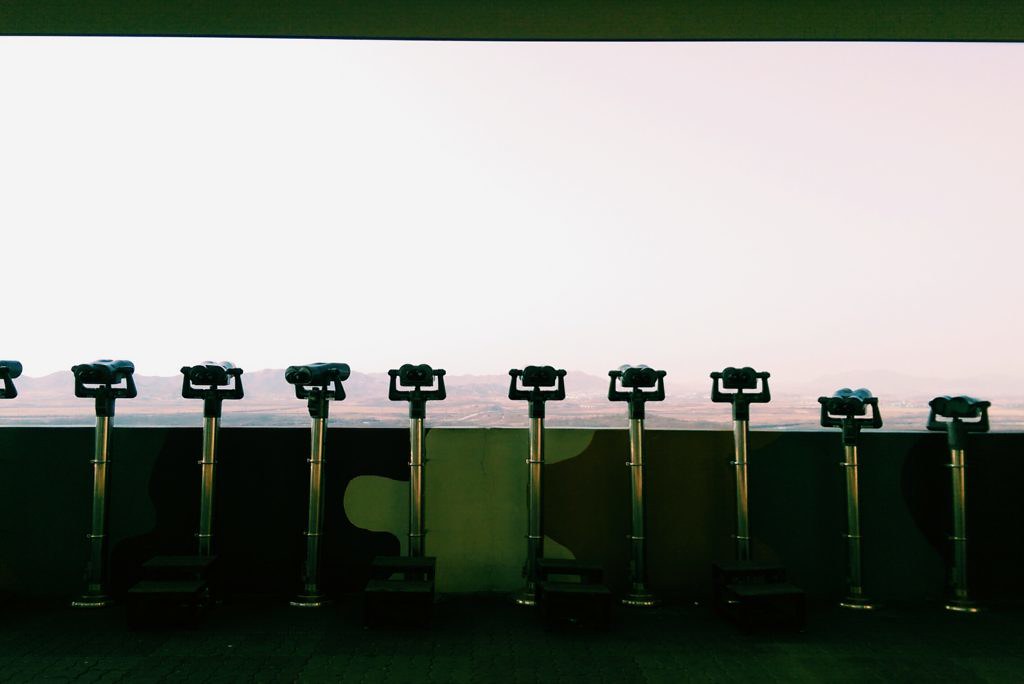 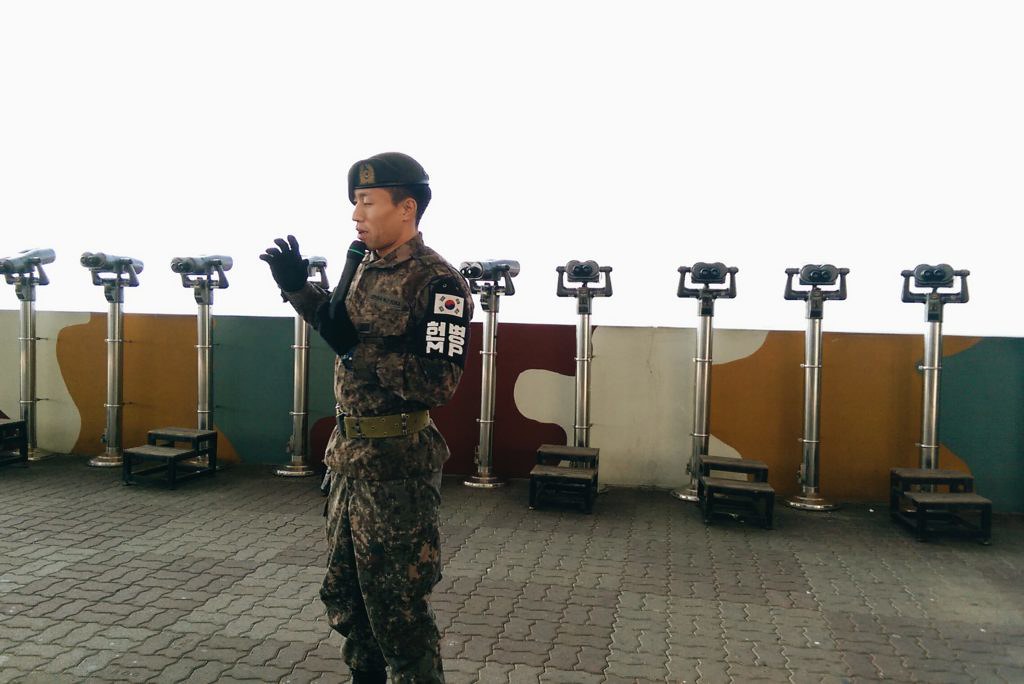 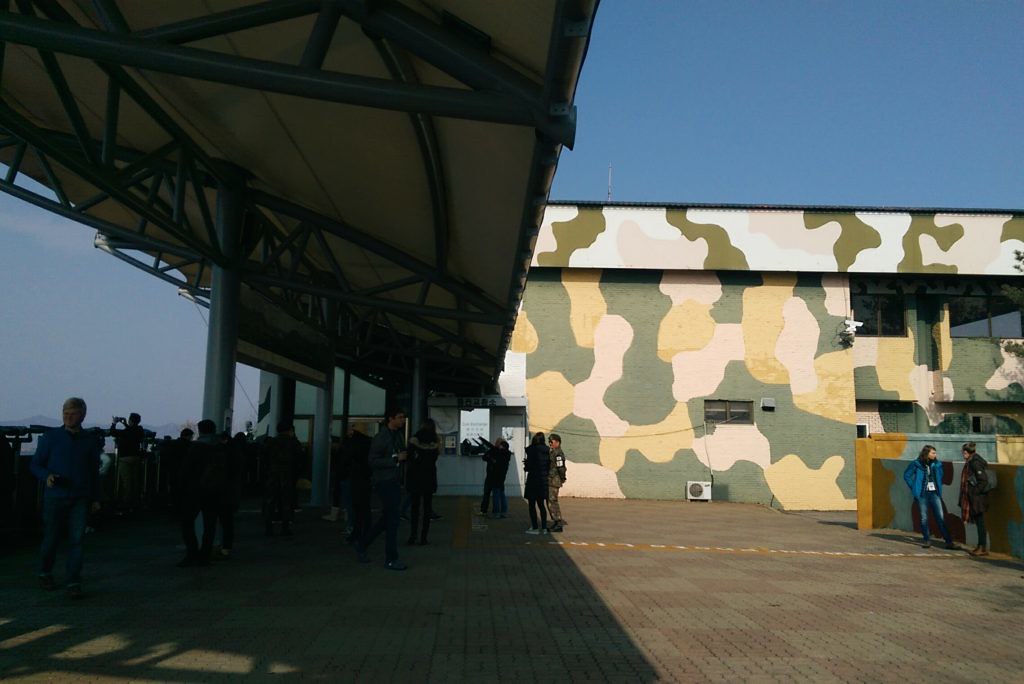 Next stop was the Dora Observatory, where you can look out into North Korea. Our Korean military guide spoke fluent English and was so entertaining and informative a crowd quickly gathered around him to ask follow-up questions.

The third stop was entering one of the four underground tunnels that North Korea secretly dug beneath the DMZ into South Korea. You can’t take photos down there, and to be honest, my legs were burning so hard I wasn’t even thinking about it. 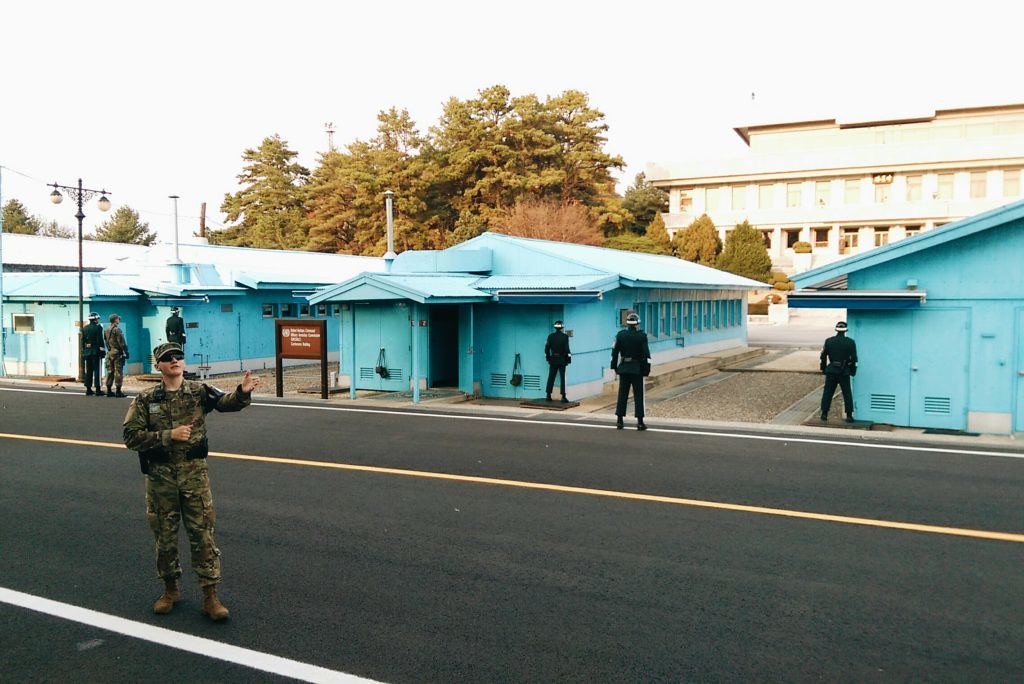 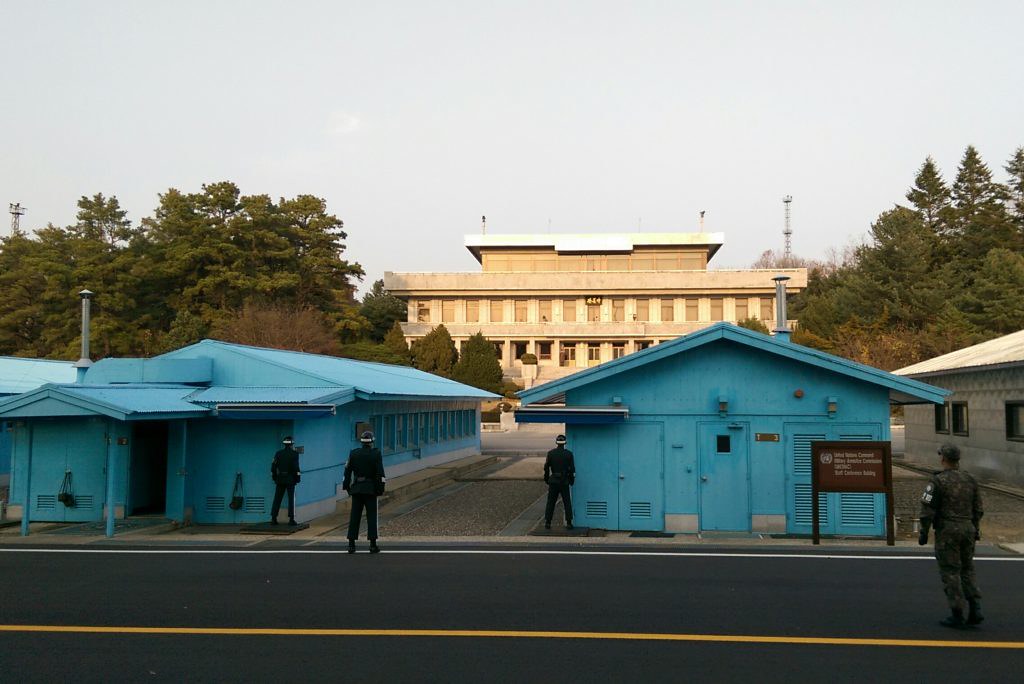 Last stop was the JSA. Before we came to Conference Row, we sat through a 20-minute US military briefing about the history of the conflict.

The building opposite is North Korea’s. The only North Korean person we saw was the single soldier who stands at the top of the steps. 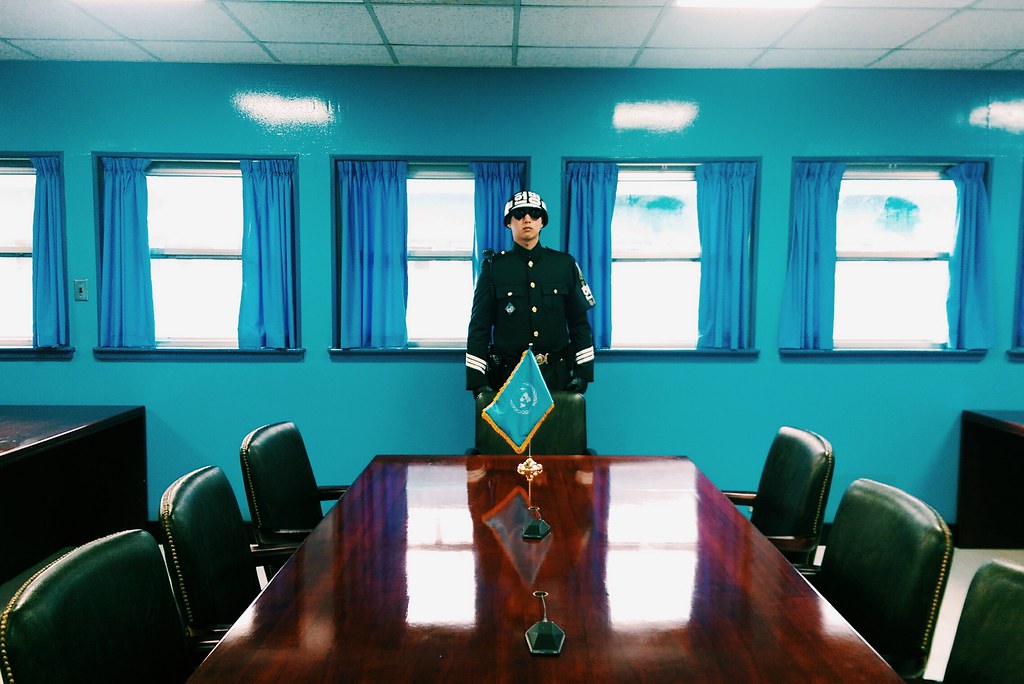 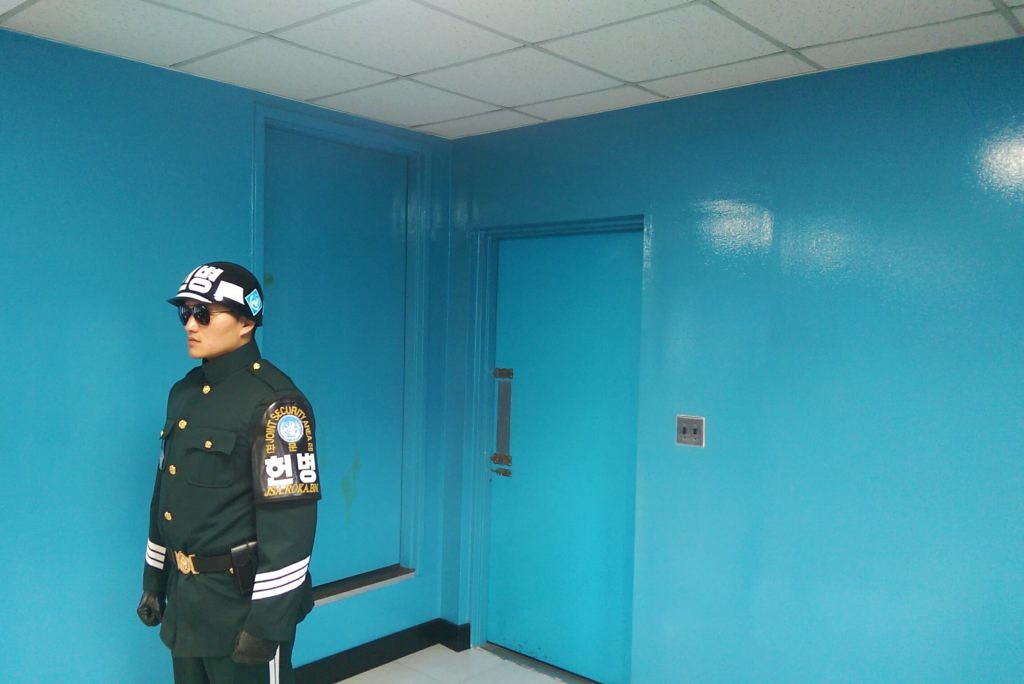 The right side of the main conference table is South Korea. The left side is North Korea. And that door you see above leads to the North Korean entrance. 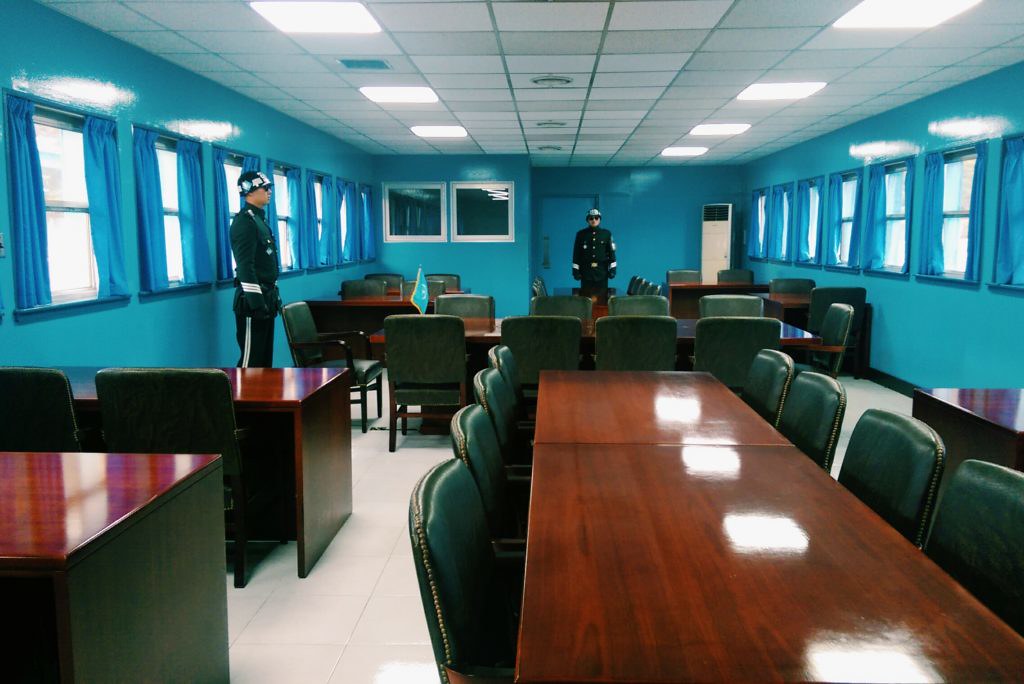 We were inside for about 10 minutes. It was packed with our tour group taking photos and looking around. The room’s only empty in these shots because I was the last one out the door.

If you ever find yourself in Seoul, I would say it’s a must-do. And if you’re based in Asia, I’d say make time to get your ass to the DMZ.