It was my first time in this ridiculously huge city, and we honestly had no clue where to start. The biggest help? Scrolling through the #seoulfood hashtag on Instagram. And when there wasn’t time for that, I resorted to looking inside restaurant windows to count how many empty soju bottles were on diners’ tables.

If people were happy drunk and having a good time, we figured it was probably a safe pick. So here you go, a few places we really enjoyed in Seoul. 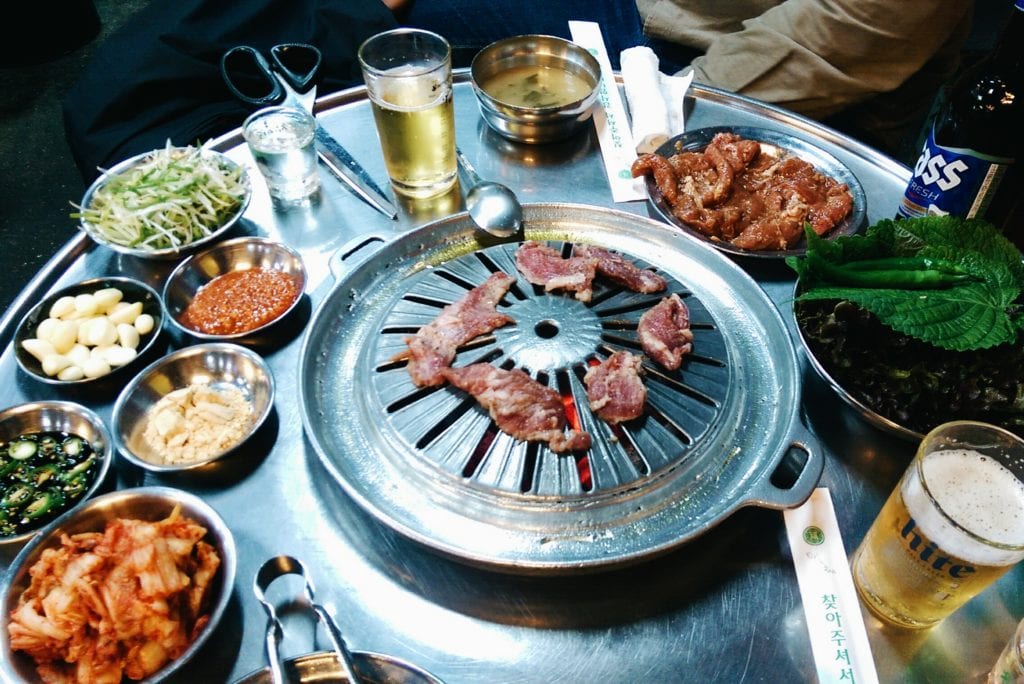 We checked into our first hotel in Mapo super late at 11pm, then we dropped our bags and headed back out to find food and beer. The guy at the reception desk pointed us to the alleys on the other side of the main boulevard, so we strolled over with no clue what to expect.

A lot of places were open, but they seemed super quiet. Then I saw one barbecue restaurant with a drunk guy outside laying on the curb with his friends hovering over him figuring out what to do. That’s always a good sign so we went in. It turned out to be where Anthony Bourdain ate in the “Parts Unknown” episode he filmed in Seoul. Well, whaddya know. 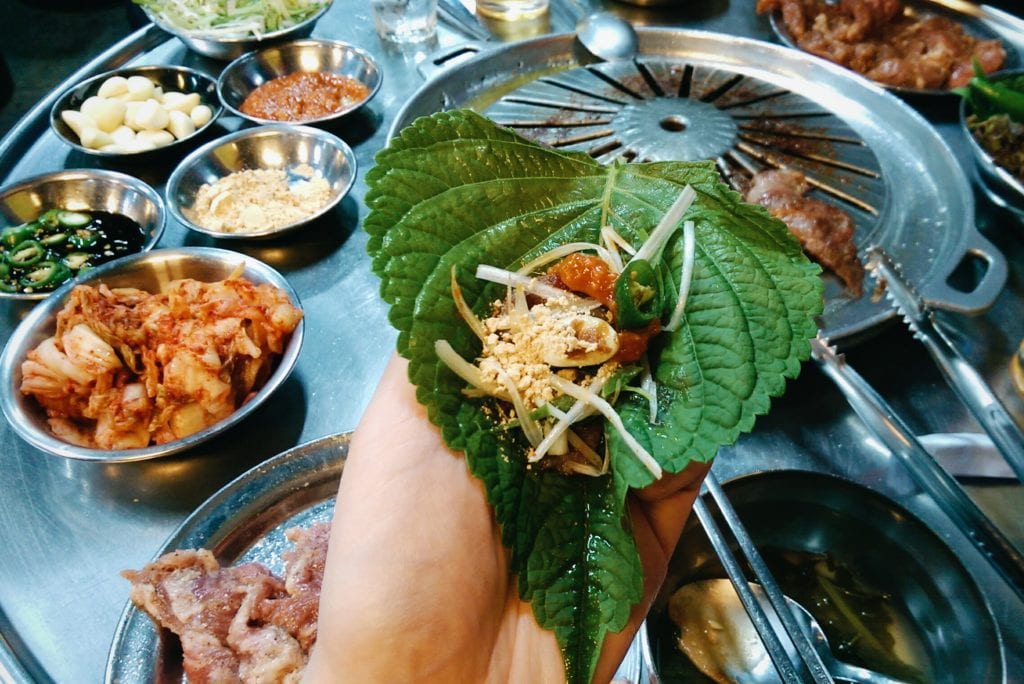 One thing about Korean food is there’s so much DIY. We quickly realized we needed to watch how other people cook and eat to actually do it right. At this place, you can order the egg moat and load it up with garlic and onions. Who knew? Not us. 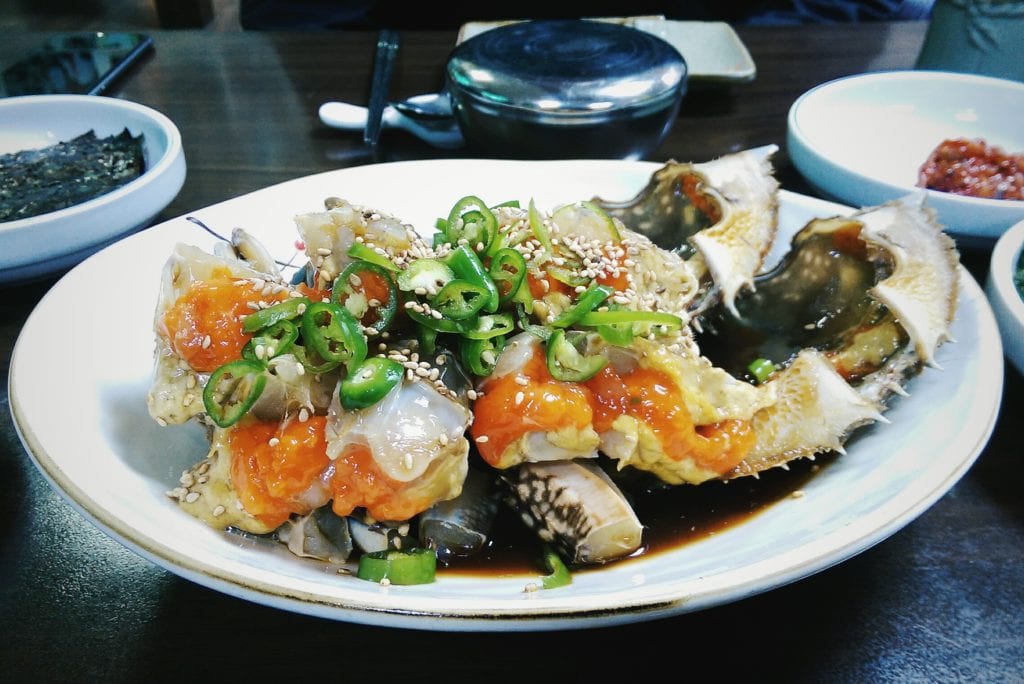 We wanted to try raw crab in soy — or ganjang-gejang — because neither of us had had it before. We ended up finding this very local place that was a 15-minute walk from our hotel in Mapo. They serve a lunch set menu for US$38 per person with raw crab, steamed egg, soups, rice and all the sides. There’s no menu. You just walk in, take off your shoes, sit down on the floor and the food starts filling your table. Amazing. 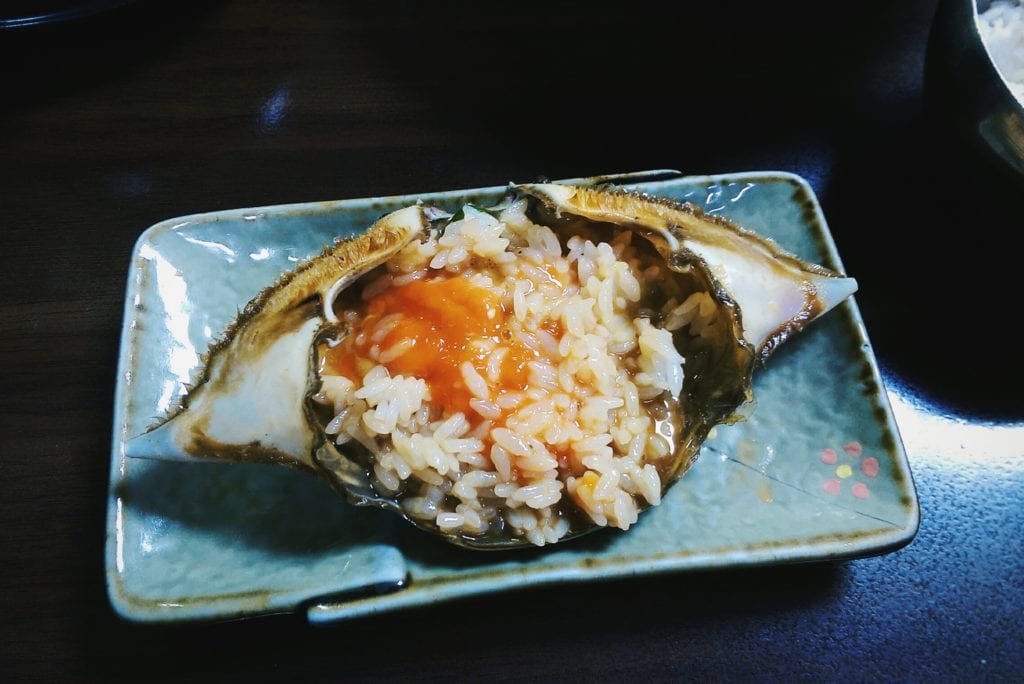 Again, this was one of those places where we were watching other people like idiots just to figure things out. With the crab legs, you construct your own sushi roll with two types of seaweed, add rice, then squeeze the crab on the top. With the shell, you put rice in and mix it up with the roe.

We loved it so much we had it for dinner at a “famous” chain place a couple of days later. It was in the ganjang-gejang alley in Sinsa-dong. Dinner was miserable though, because everything tasted less thoughtful, less fresh and was totally overpriced. We spent twice as much for that dinner and it was half as enjoyable. Ugh. 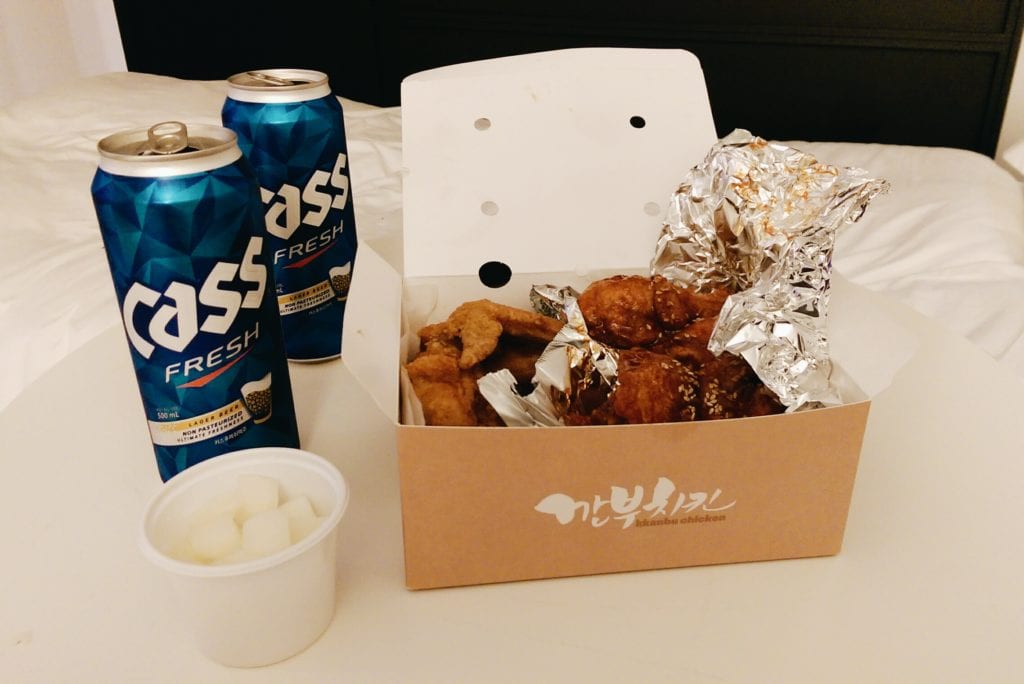 I love Korean fried chicken so it was a must-have on our list. The problem is it’s so damn messy to eat in public. We ended up bringing a late-night snack back to the hotel room from the Kkanbu Chicken shop next door. It’s a chain, but it was good. The chicken was fried to order, so it was amazingly crispy on the outside and juicy on the inside. Left side is plain. Right side is spicy. Seeing this photo makes me want to go back. Dammit, I miss you, fried chicken. 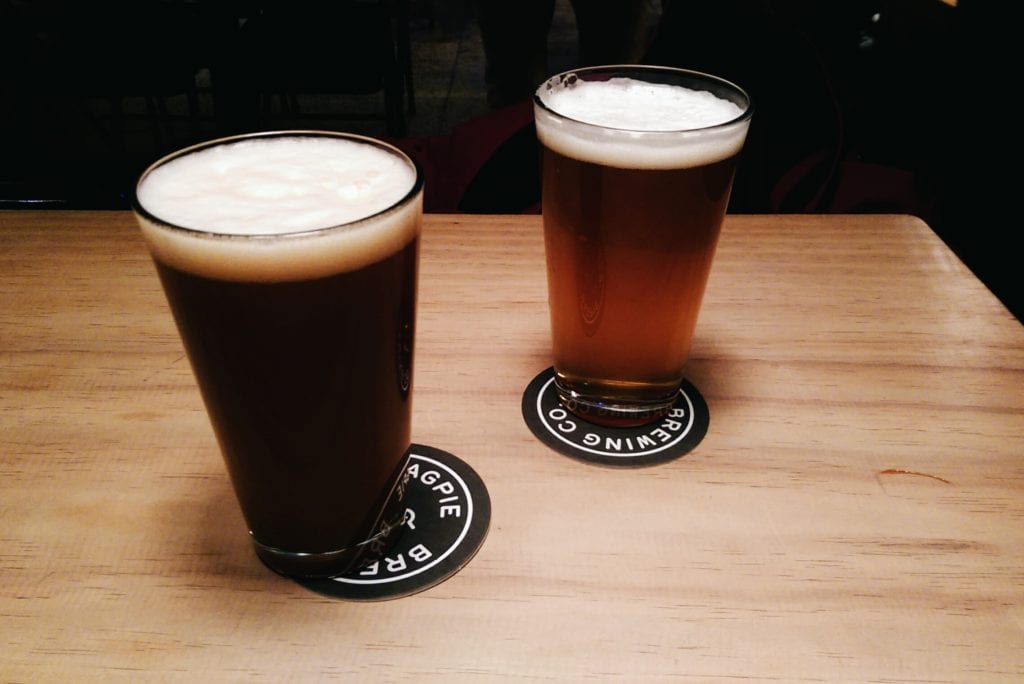 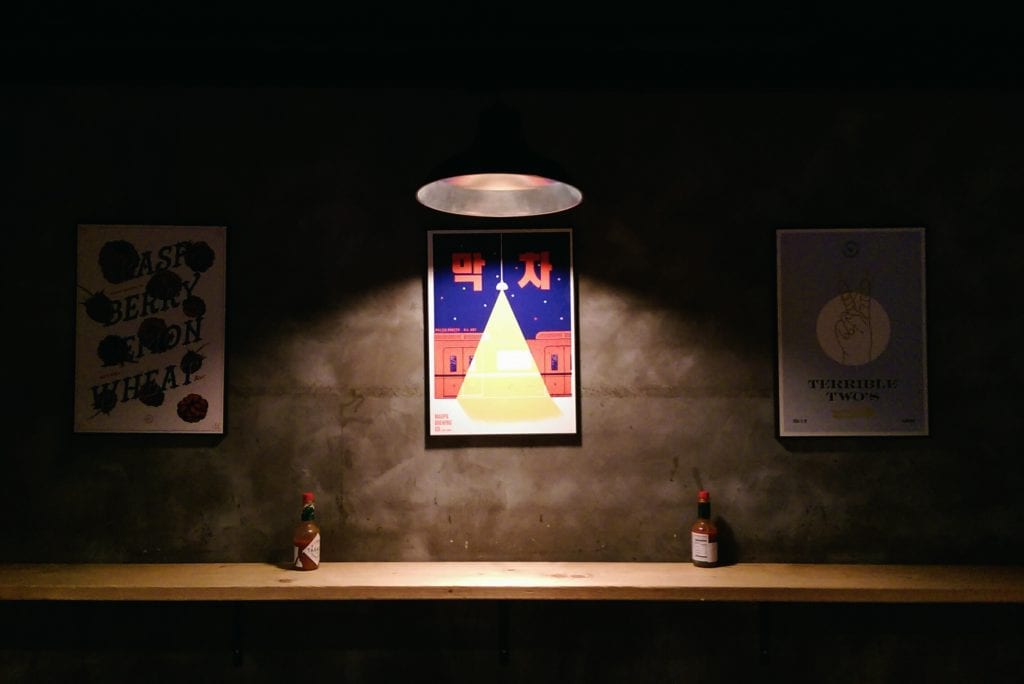 One night we wandered the alleys of Itaewon. We started with early pre-dinner beers at Magpie Brewing because you can only drink so much Cass and Max. Stepping into the bar downstairs is like walking into any hipster craft beer place anywhere in the world. In a weird way, it’s actually comforting paying US$6-8 for a beer. 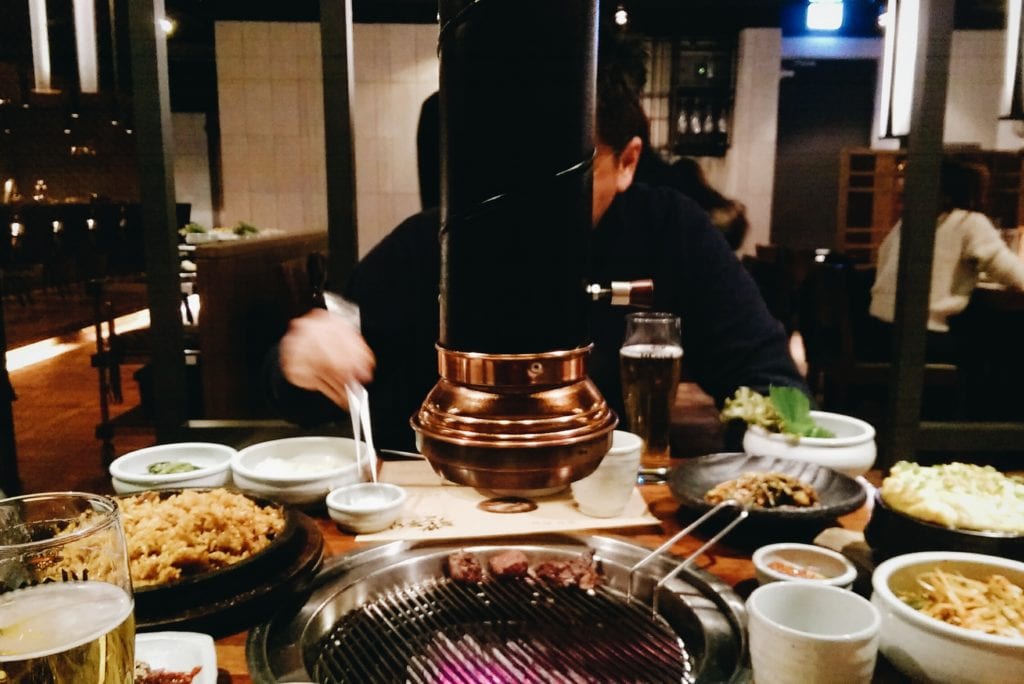 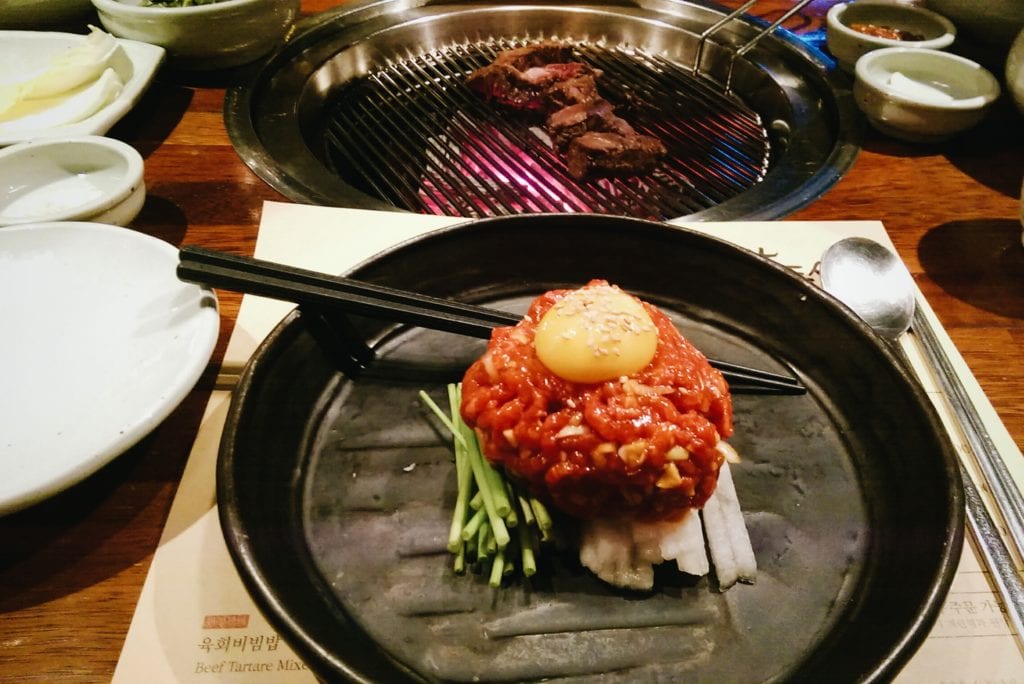 Our second Korean barbecue meal was more upscale. We picked the Itaewon branch of Two Plus, which specializes in quality Korean or hanwoo beef. This place was quiet when we walked in, but filled up fast. The crowd was a mix of young Korean professionals, foreign professionals and couples. We loved the tenderloin and the beef brisket fried rice. The steamed egg was really good too. Oh, and you can BYO wine with free corkage, which is always a good idea.

Another thing we learned about Korean barbecue is you order the meat first, taking your time to cook and eat it with the sides. Then later on, you order other dishes like fried rice, pancakes, steamed egg etc. We didn’t know that so we ordered everything together and had to eat like madmen. It wasn’t really an issue though, since the exhaust was like an awkward third wheel at the dinner table. Good times. 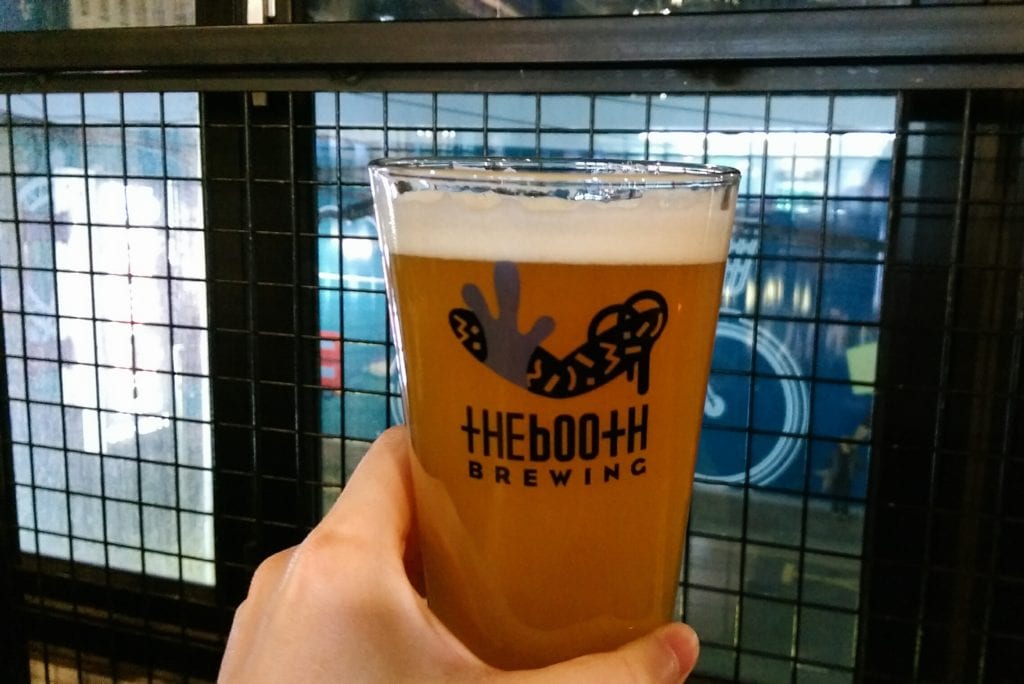 We came across The Booth by chance. We put our name down for a busy restaurant then set off to find a place to wait with a drink. The Booth was literally in the same building.

Like Magpie Brewing above, The Booth serves pizza with its beers, and does collaborations with well-known names like Evil Twin and Mikkeller. The difference is this second-floor location of The Booth is set up like a colorful indoor campsite, filled with young Koreans hanging out on camping chairs and fake grass. 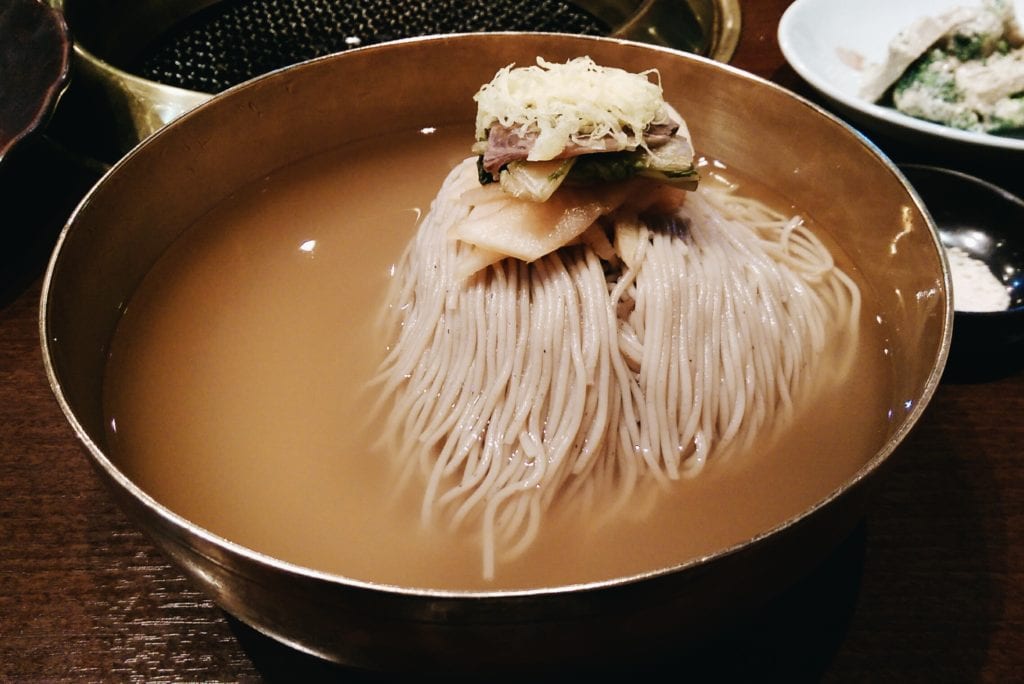 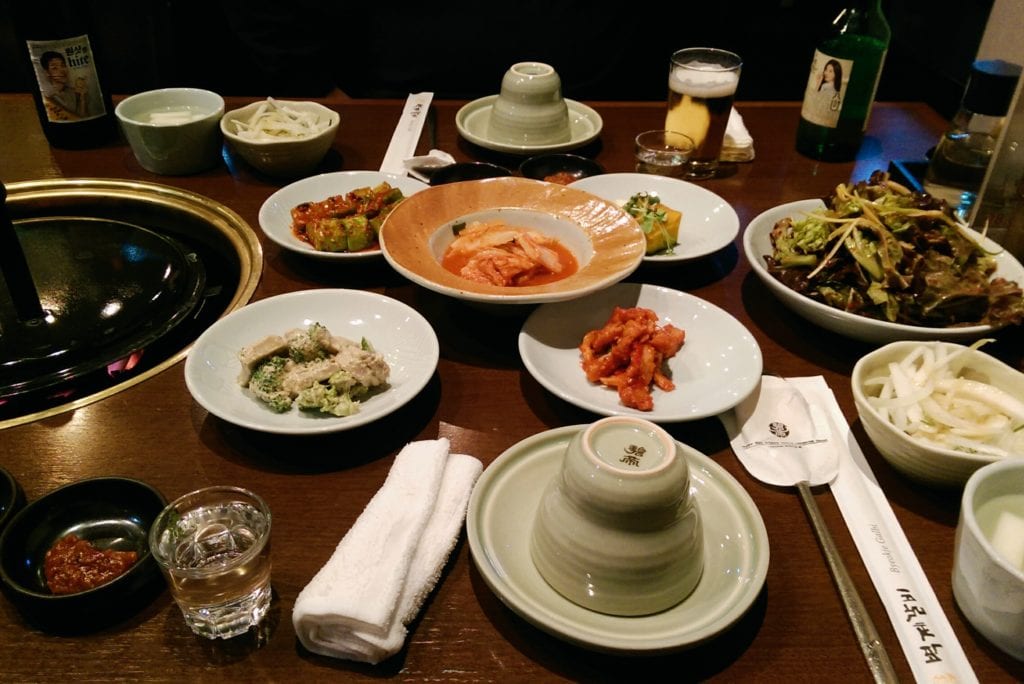 This was the dinner we were waiting for. I really wanted to try the cold noodles — or naengmyeon — here because the bowls looked so beautiful on Instagram. The hanwoo barbecue is good too, but a little pricey. I’d go back to have the noodles for lunch, but probably not for dinner since we’d had barbecue a few times already.

One thing I love about Korean food is it all seems so similar that you can’t help but notice subtle differences. For instance, the kimchi here was the best we had in Seoul. Totally fresh and a little more sour than others. 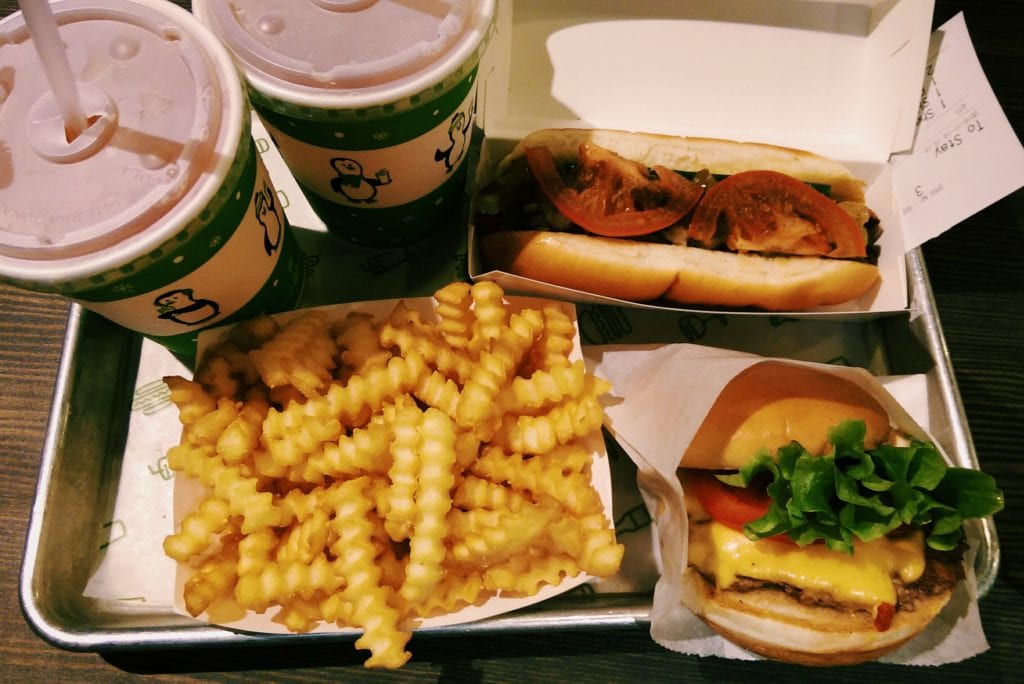 There’s a Shake Shack in Seoul, so we lined up like the tourists we are. After days of Korean food, I was pretty much dying for a burger. Things are pretty much the same as any Shake Shack in New York, except Arnold Palmers are called Fifty-Fifty and the bread buns used on the burgers are different. Still tasty though. 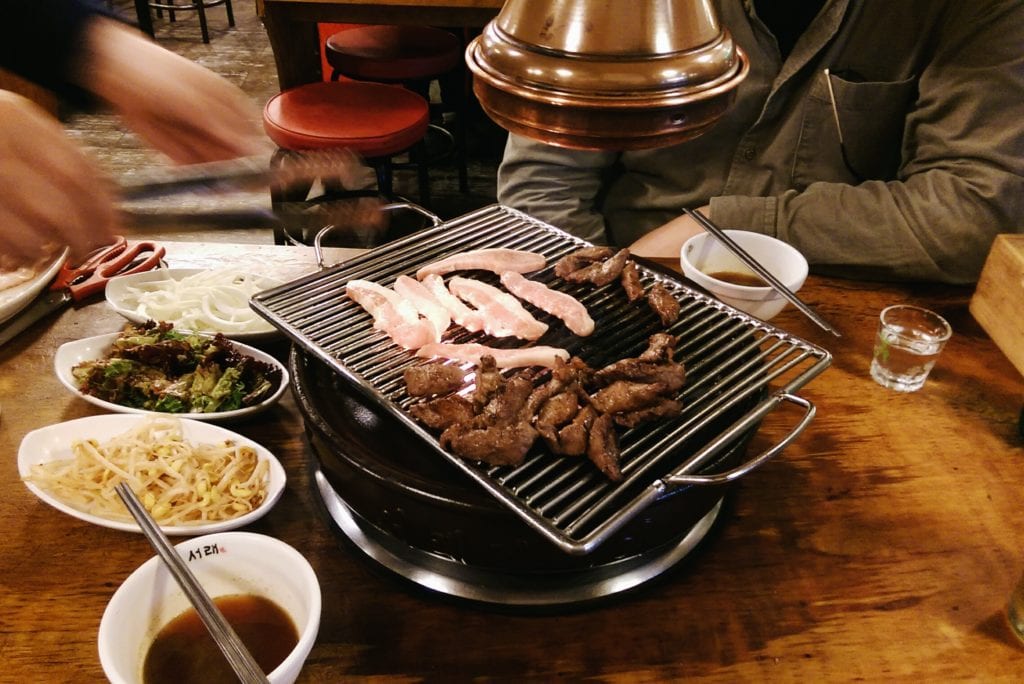 Our last meal was at a 24-hour local Korean BBQ spot across the street from our hotel in Gangnam. It was like any casual barbecue place you’d find in any random alley in Seoul. Affordable, relaxed, clean. Just a great place to hang out for a couple of hours.

One more thing I’ll say: the 24-hour eating culture there is a very real thing. Near our hotel was a 24-hour fried chicken restaurant, this 24-hour BBQ restaurant and the aforementioned “famous” raw crab place was also open 24-hours.

It seems that Koreans’ healthy (or unhealthy) drinking culture is directly connected to their thriving late-night restaurant scene. I’m a little relieved we don’t have that in Taipei. My body wouldn’t be able to handle it, to be honest. After a week in Seoul, we’re taking a week off from alcohol and meat to detox. In the meantime, I really need to find a good Korean fried chicken place here in Taipei. Know any? 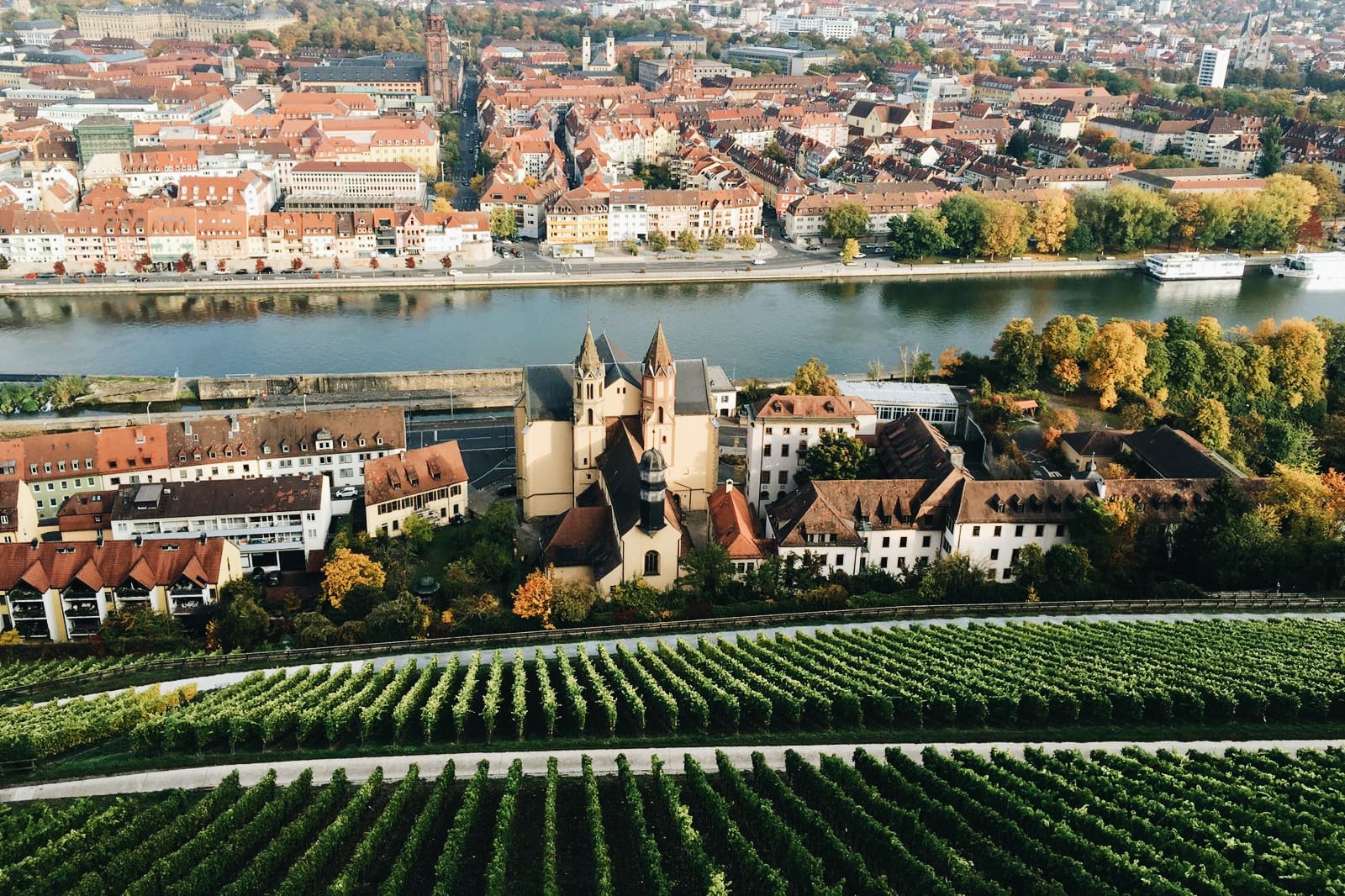 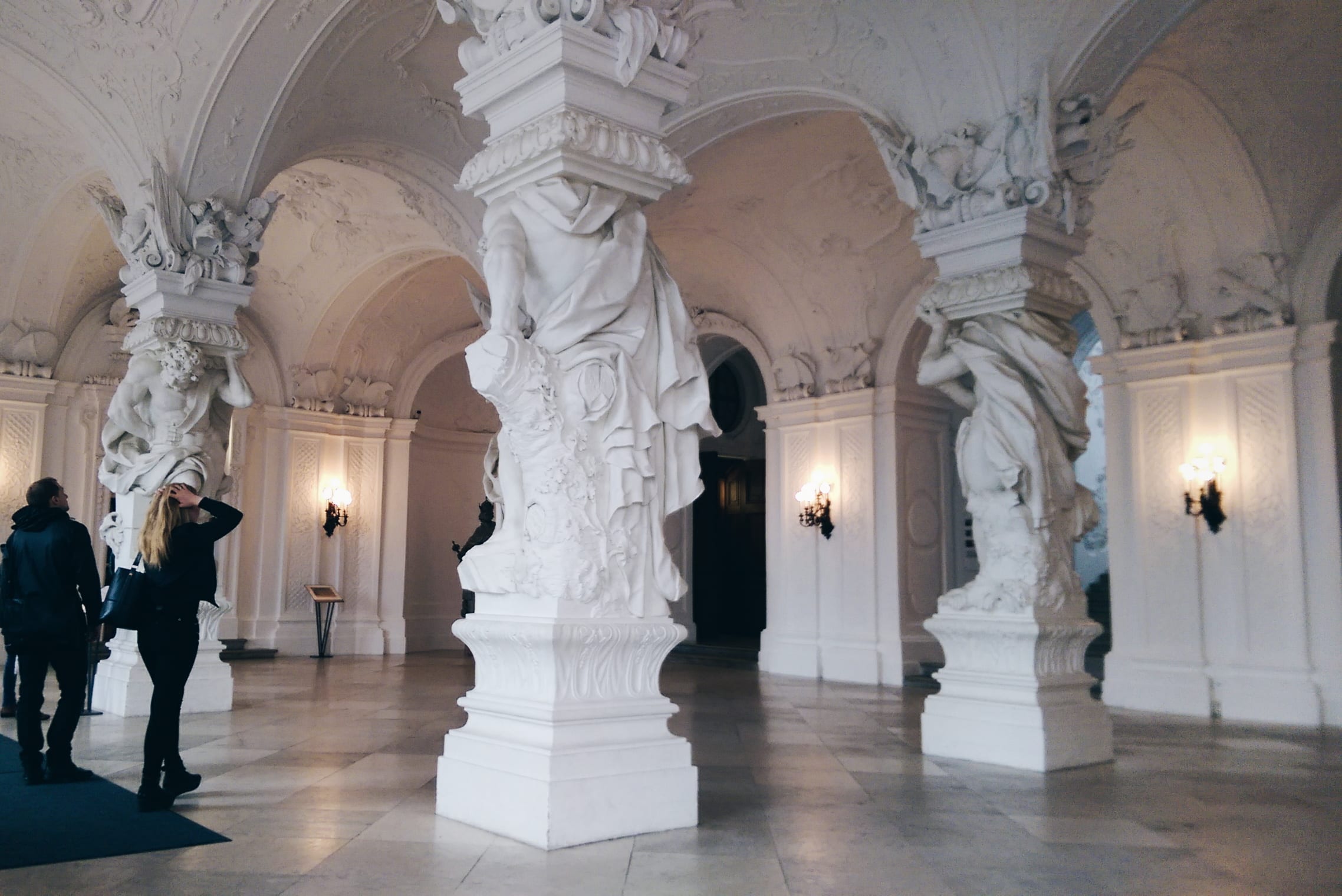 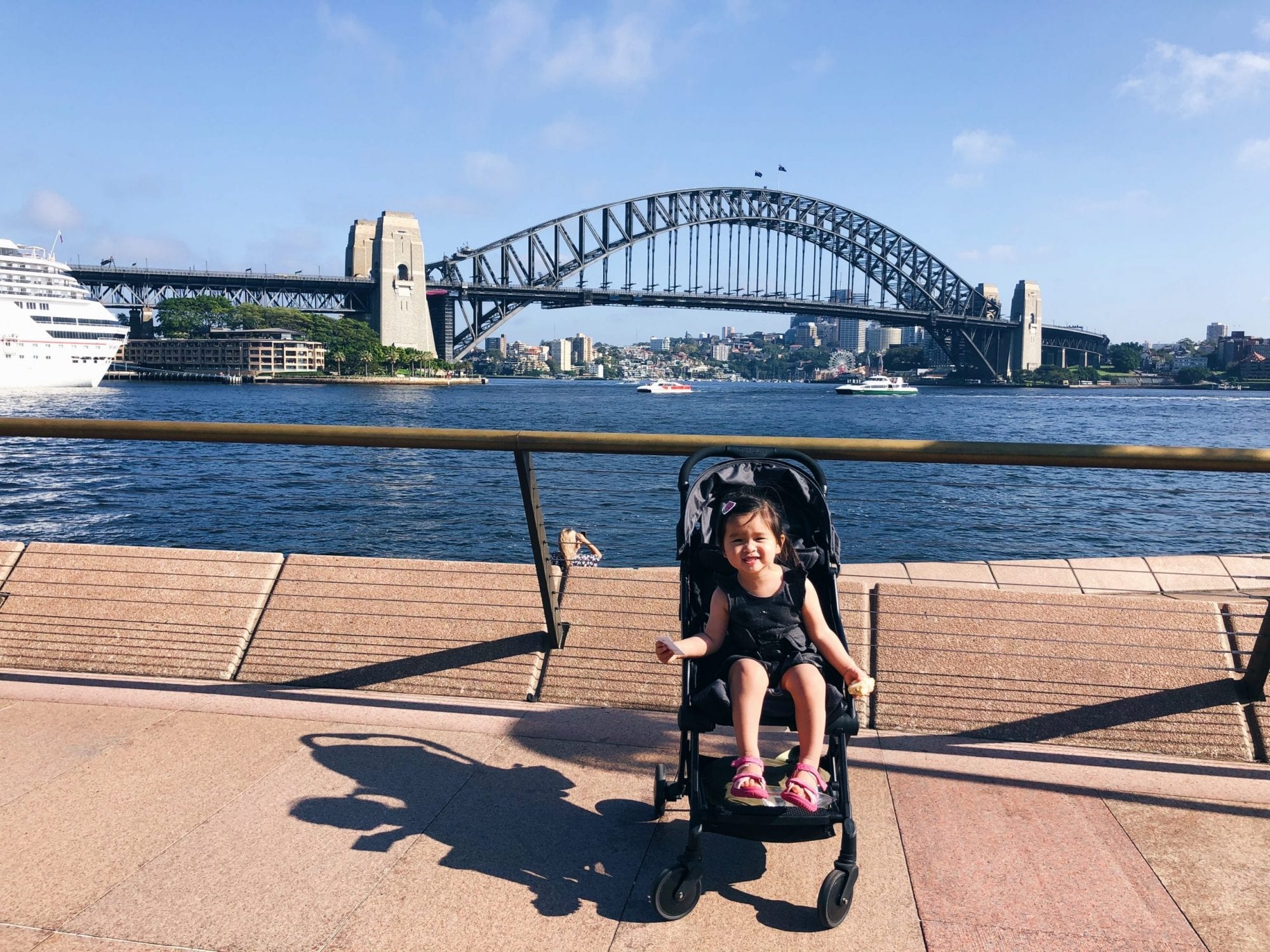 How to Take Your Toddler to Sydney!

February 20, 2020
There are no comments yet No comments