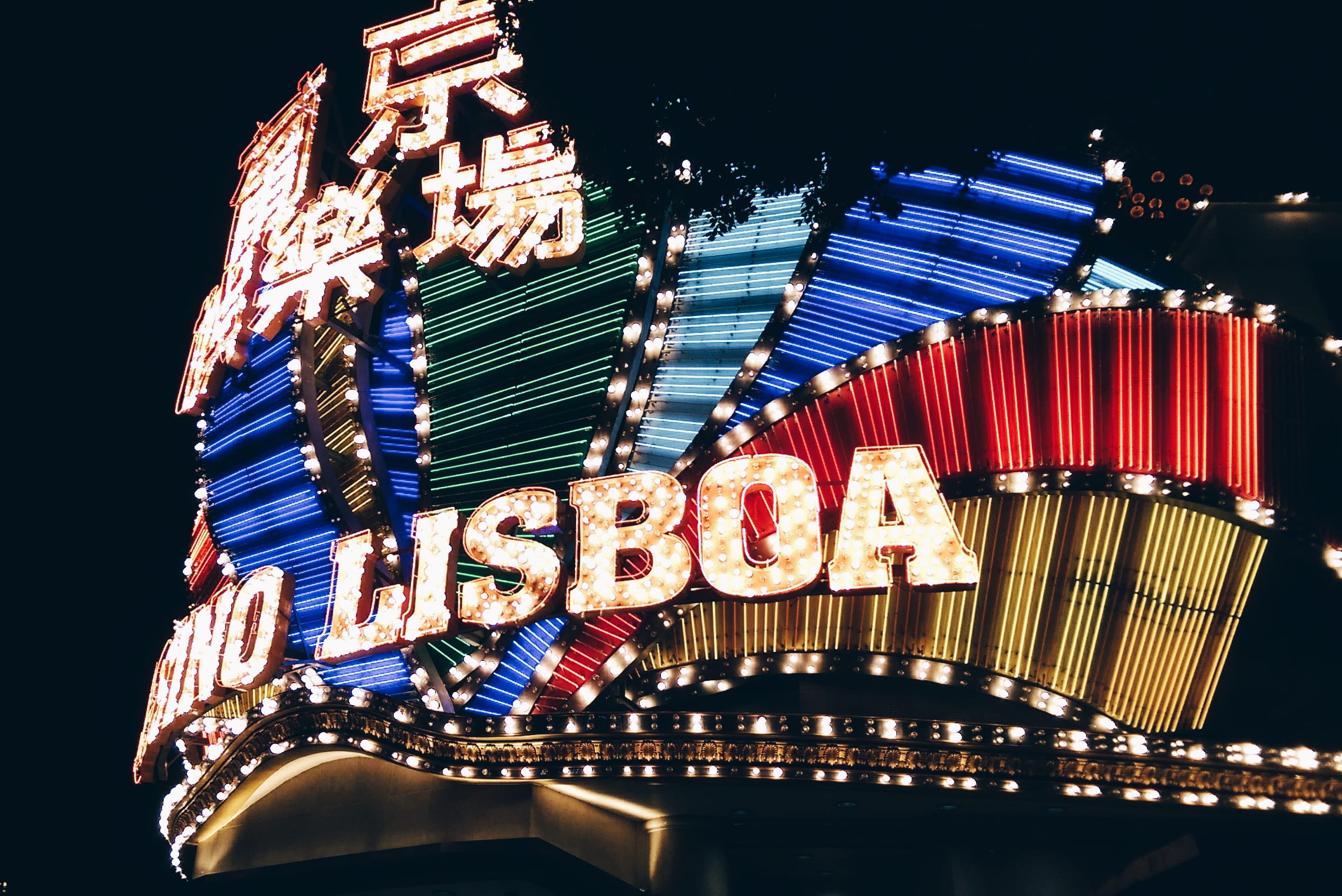 Macau is basically the stinky tofu of Asia. You’ll either have a fantastic time, or you’ll vow never to go again.

For me, a recent three-day weekend was the perfect introduction to Macau. It might have to do with the fact that I’m an “enthusiastic” gambler, wherein I derive this weird, sick energy from being inside hotel casinos because I genuinely enjoy light gambling, drinking, watching hotel TV and breakfast buffets.

But Macau has other worthy attributes too. The historic areas are lovely, there are no drunken bachelor and bachelorette parties trolling the streets, and the Portuguese food is amazing.

On the down side: the crowds are unbearable, the public transport is confusing or non-existent, and just like in Singapore, nobody’s drinking while gambling.

So, does Macau sound like a place you’d enjoy? Let’s find out.

We stayed in Cotai Central at the Sheraton Grand and our room was super comfortable. The Sheraton is connected to the Conrad, the Holiday Inn and the St Regis. Across the street is The Venetian, currently the second largest hotel in the world.

There’s a free shuttle bus from the airport that takes about 15 minutes to reach all the hotels along the Cotai Strip. 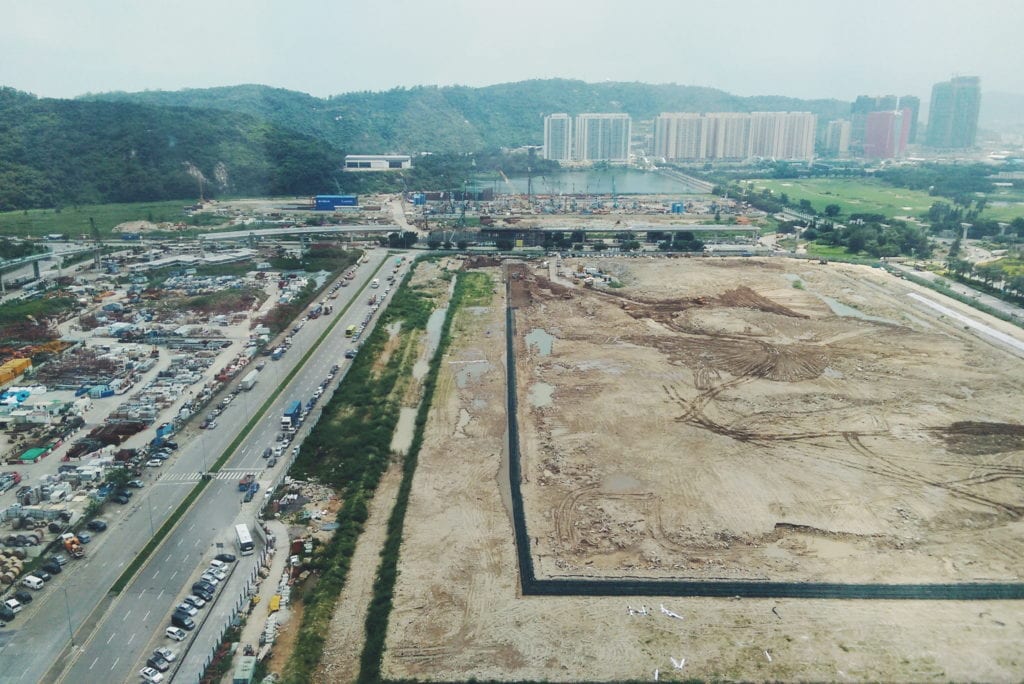 It was clear from our hotel room view that Macau is still being built. There are already clusters of huge hotels on both sides of Macau, but bigger and better ones keep popping up.

If you’ve been to Vegas, it’ll look and feel like a parallel universe. Everything is just as big and flashy. Except everyone, everywhere is Asian instead. 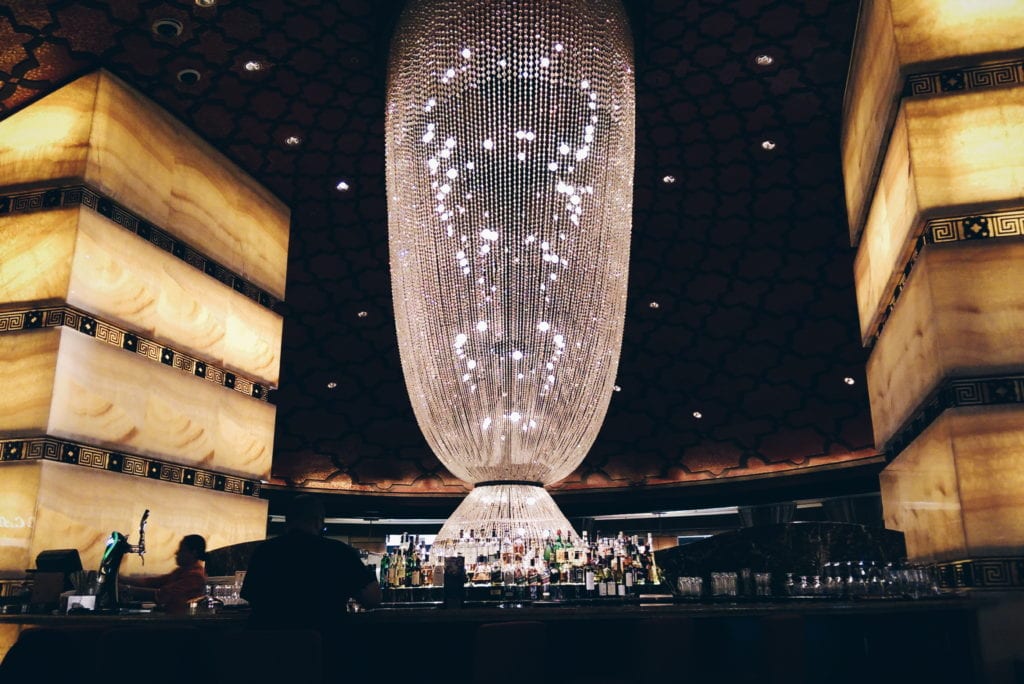 Two surprising things about Macau: it’s extremely kid friendly, and it’s hard to find a good hotel bar. A little ironic when you consider that Macau has no legal drinking age.

In fact, there’s so little drinking happening in Macau we couldn’t find a legit bar inside the Sheraton. So we ended up next door at the Conrad Hotel, shown above.

The next day, we ventured a couple more hotels over to the St. Regis, where they have a daily happy hour special in their lobby bar. We walked by two or three Kung Fu Panda installations on the way there. 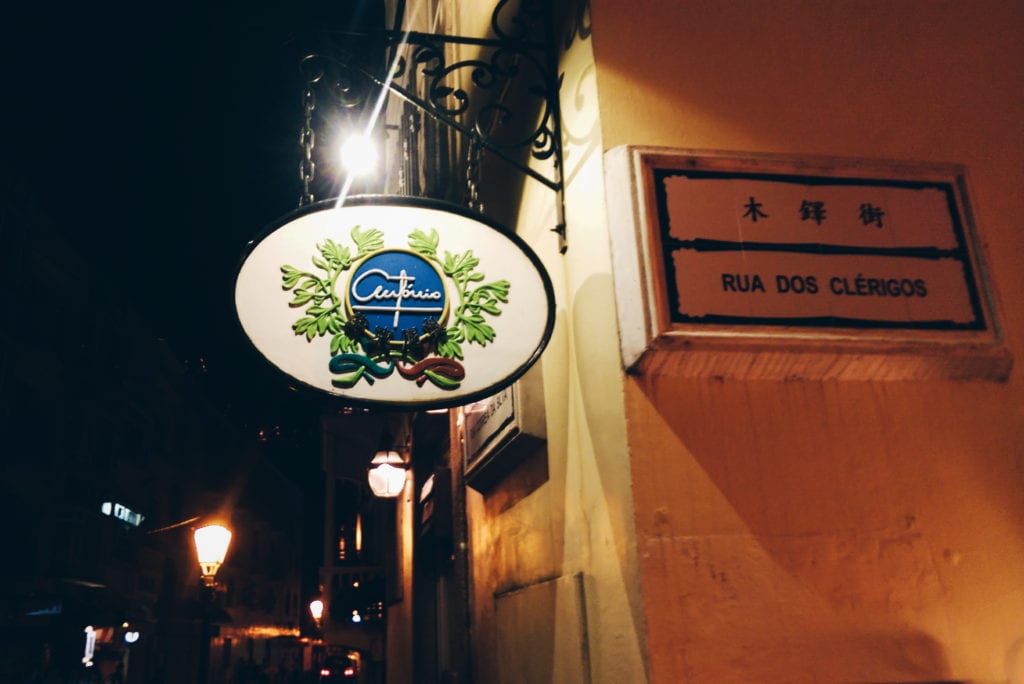 Macau was a Portuguese colony until 1999, so we made a point to dine at local Portuguese restaurants on both nights.

The first dinner was at Antonio, located closer to our hotel in Old Taipa Village. About 20 minutes walk from the Cotai Strip, the village area has rustic colonial architecture, quaint European alleys and street lamps mixed with modern-day Hong Kong brands and storefronts. 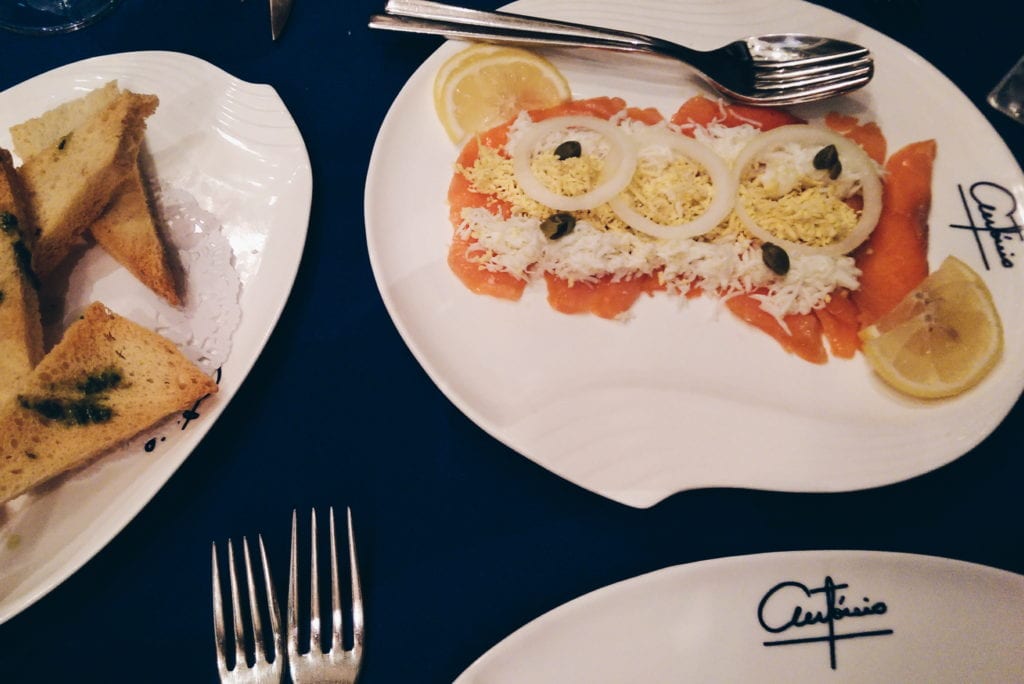 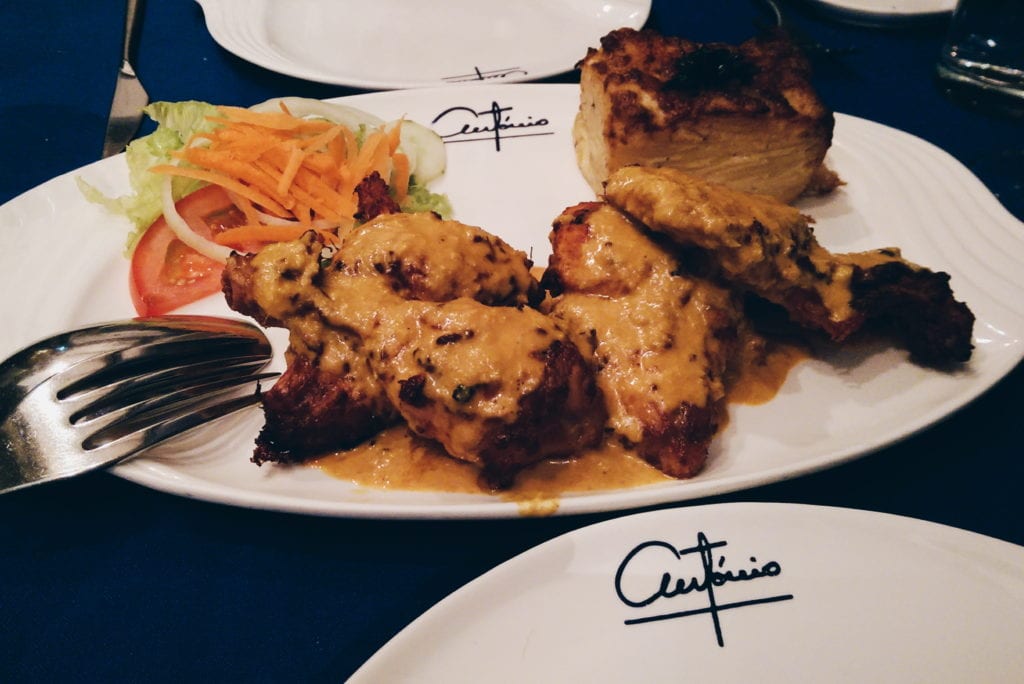 Antonio is definitely a tourist hotspot. Anthony Bourdain filmed here in 2011 for his show, No Reservations, and it’s in the Hong Kong/Macau Michelin Guide. But I think it’s worth the hype.

We ordered a bottle of the Antonio house white wine, a starter and two mains. I really loved the branded dinnerware.

Our meal was lovely, the servers were really friendly and the entire experience just isn’t something we’d find anywhere in Taipei. I’ll be back next time to try more dishes. 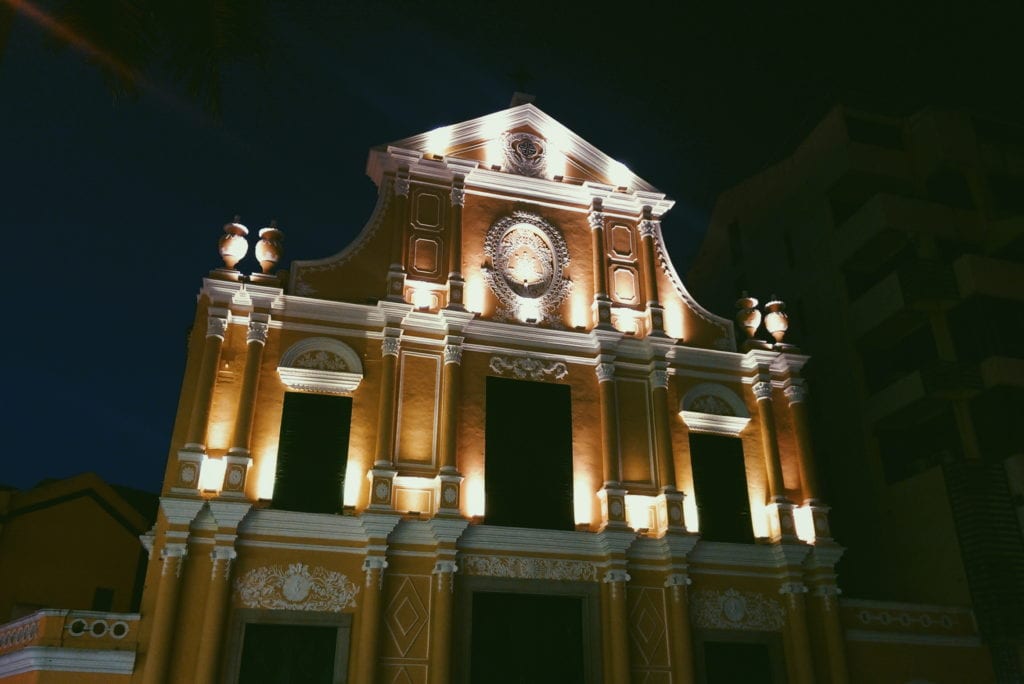 For our second Portuguese dinner, we took an Uber across the bridge to the peninsula side of Macau where the older casinos and many of the UNESCO World Heritage Sites are located.

We got lost in the alleys surrounding Senate Square and St. Dominic’s Church, shown above, which was founded by Spanish Dominican priests in 1587. 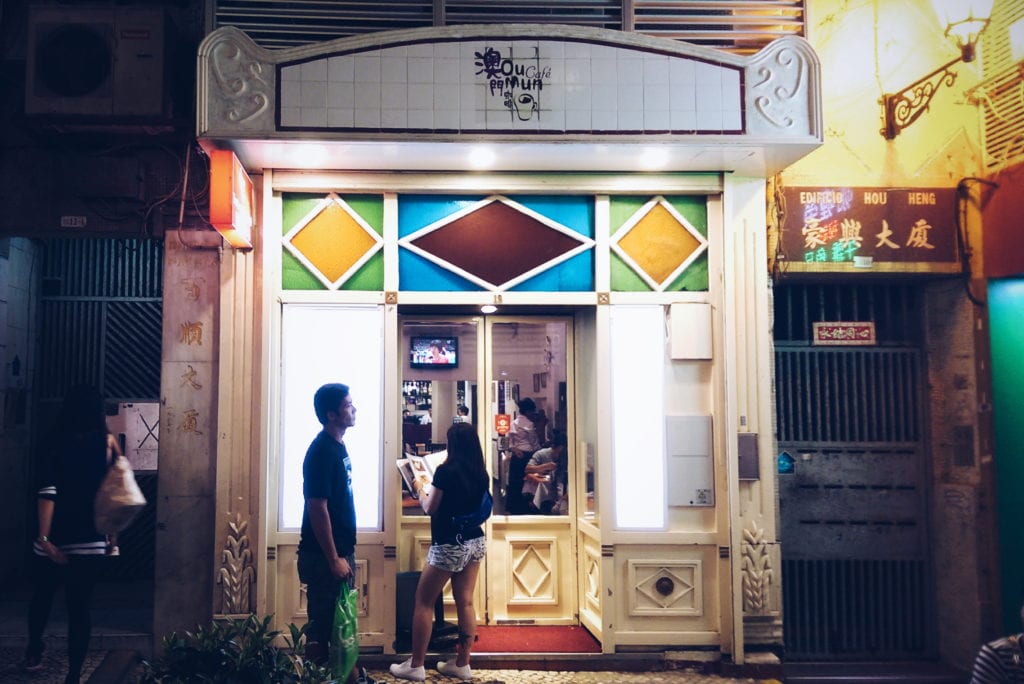 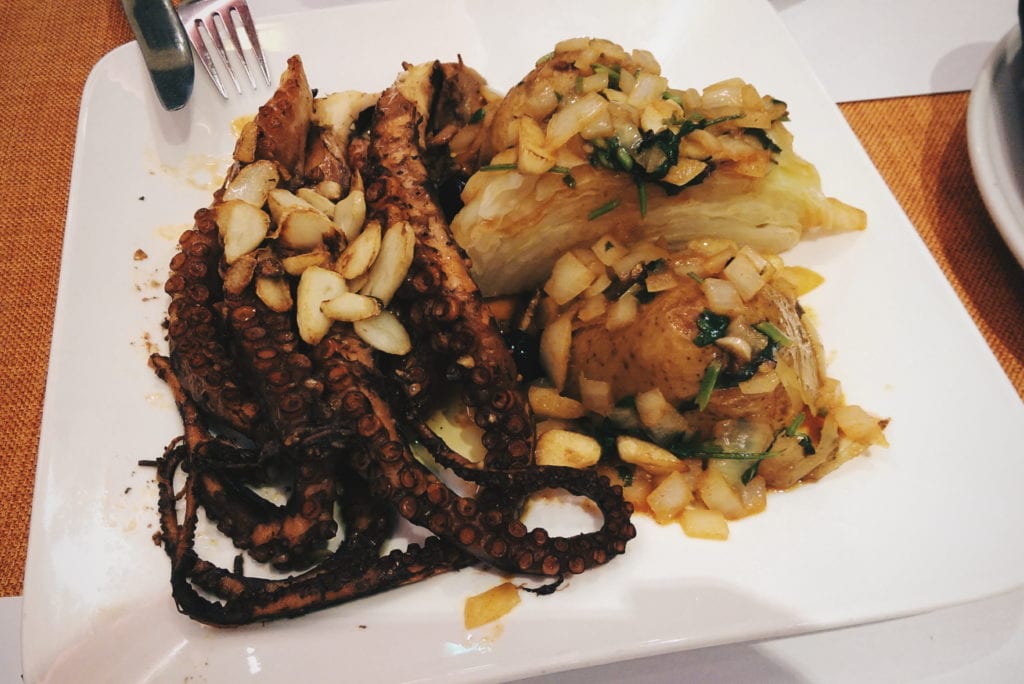 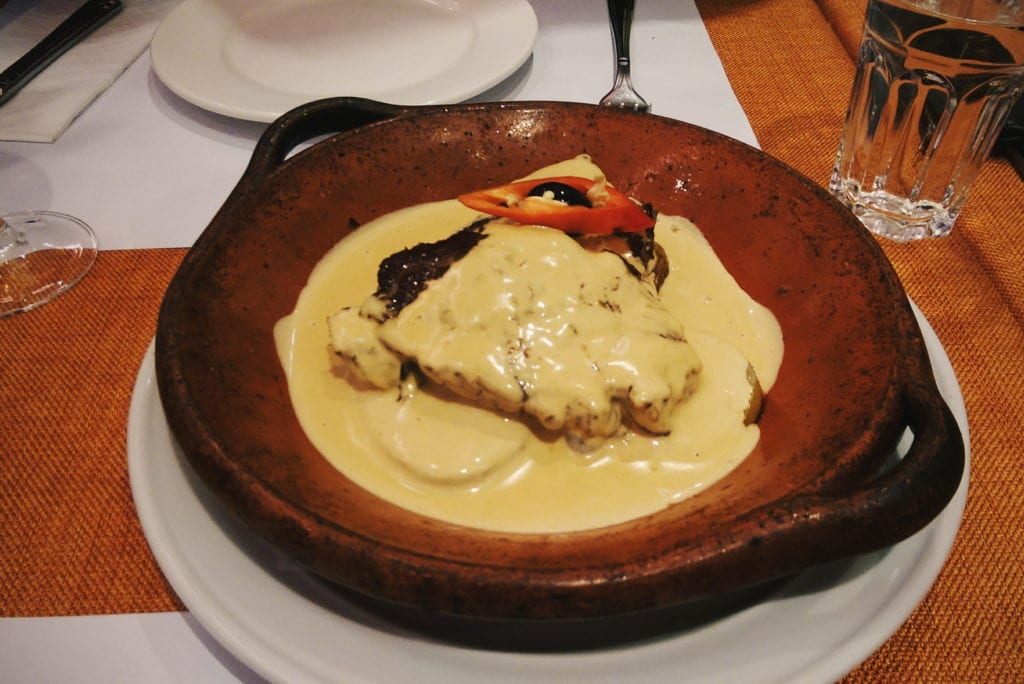 Above is the steak dish recommended by the server. It came with potatoes and the most addictive, creamy sauce ever. Dinner at Cafe Ou Man was about half the cost of Antonio, but both were great in their own ways. 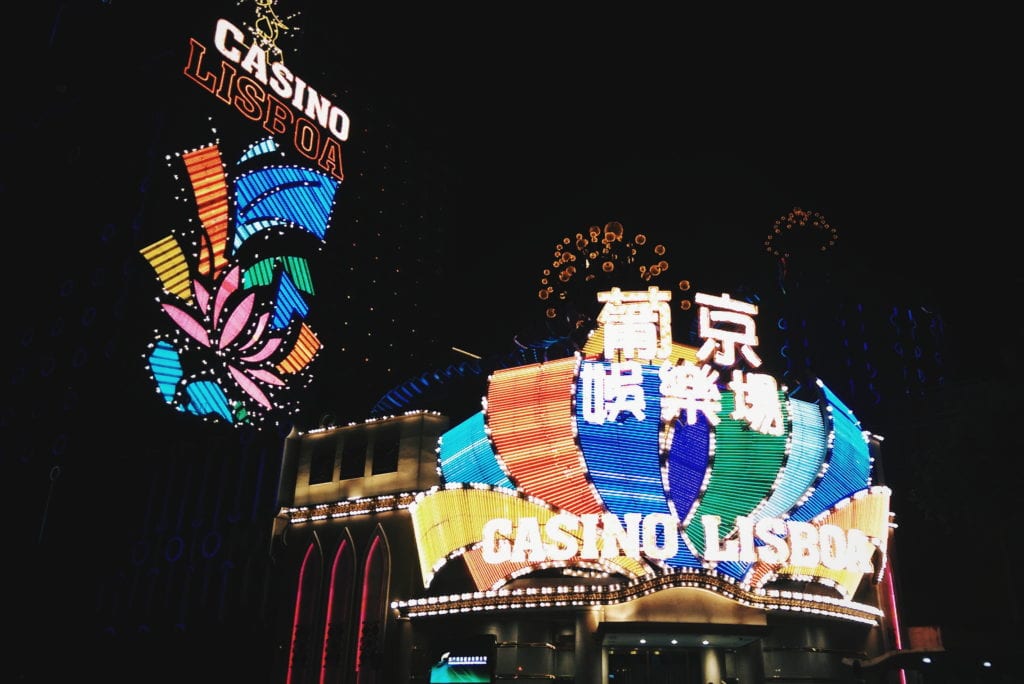 After dinner, we made our way over to the Hotel Lisboa, the oldest casino in Macau.

Anyone who’s not an “enthusiastic” gambler like me would probably walk in the opposite direction to see the nearby ruins of St. Paul’s Cathedral — definitely the most popular Macau selfie on Instagram — but the Casino Lisboa is super cool too, believe me.

On a related note, the second most popular Macau shot on Instagram is the famous Portuguese egg tart. The tart was invented in 1989 at the Lord Stow bakery, which has a handful of locations in Macau. But instead of waiting in line at a storefront location, just grab one from one of the express stands at The Venetian and tick it off your list. 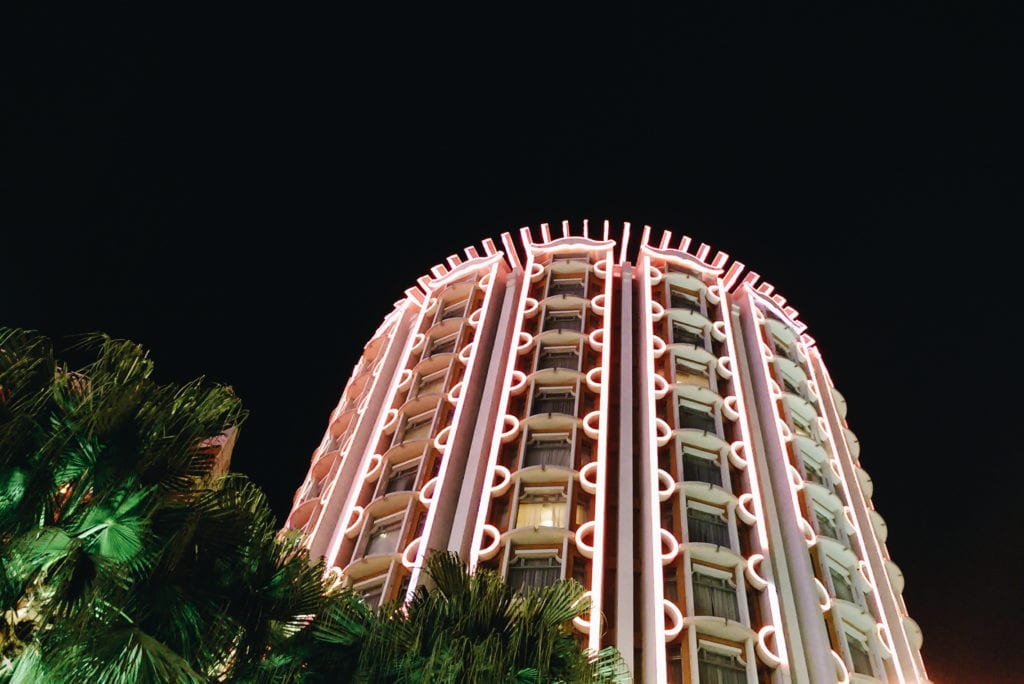 I couldn’t take photos inside the casino obviously, but the entire place has an insanely retro vibe.

You can just imagine how glamorous it was back when it opened. Today, it’s full of locals who’ve probably been trying their luck at the Lisboa for years.

After circling the tables a few times like the tourists we are, we exchanged some Hong Kong Dollars to play sic bo, the “game of three dice” that was made popular at the Lisboa decades ago.

In fact, the sic bo tables there now are likely the original ones installed back in 1970. The tabletop layout is one of the best designs I’ve ever seen. Timeless, minimalist and genius.

For a wannabe gambler like me, playing — and winning! — at the Lisboa was the highlight of the trip.

I promise to make it to the ruins of St. Paul’s next time.