Some things are only invisible because we choose not to see them. For instance, I couldn’t see the existence of my own Indonesian community here in Taipei until weeks after I arrived.

I moved here in 2018 by accident when the media company I was working for decided I would be posted in Taiwan, a country I knew nothing about at the time.

I guess I was too excited about everything that was new. After I got to know the local Taiwanese eats — including a stint in the hospital for eating too much all-you-can-eat mala hotpot — my culinary adventures took me to Japanese cuisine, then Korean, Western and Indian.

Only after traveling the world did I find myself back at my homebase of Southeast Asian flavors. And to be honest, I had no clue the community here was so large. There are around 276,000 Indonesians living and working in Taiwan as per December 2019, with almost 35,000 of them in Taipei City.

I made friends with Indonesians in their 20s, 30s and 40s. Some worked as domestic helpers. Others included an English teacher, a PHD student, a store owner and a fellow journalist like me.

As I began to connect with other Indonesians in Taipei, the homesickness started to kick in. Being away from home was never a big problem for me. I’d gotten used to moving countries. Or so I thought.

I found myself thinking about the guilty, delicious taste of gorengan — deep-fried snacks made of bananas, tempeh, tofu, and sweet potato that can be found in every street and market across Indonesia. I missed home-cooked telur sosis petai — an egg, sausage and bitter bean dish that Indonesians can whip up quickly when they haven’t gone to the market for a few days.

When you’re an Indonesian living overseas, fellow Indonesians aren’t strangers. We ask, “have you eaten” to simply everyone, whether it’s family, partners, friends, colleagues or even new acquaintances.

Indonesians always find out the best places to eat, despite sometimes not speaking a word of the local language. And we always recommend restaurants to each other, no matter how complicated the directions. “Have you tried this hole-in-the-wall shop inside that third alley from the second 7-11 a hundred meters from this landmark? I love chatting with the onion-cutting lady!”

When my hunt for Indonesian restaurants in Taipei began, I immediately heard of the famous beef rendang (meat slow-cooked in coconut milk and spices) at Sate House.

Sate House is a legendary establishment open since 1992 and run by a Chinese-Indonesian owner. The only problem is going there requires a big group since the portions are big and there’s a minimum charge. So I decided to start small.

There are many Taiwanese-owned Indonesian restaurants in Taipei with authentic recipes made by their Indonesian staff and workers. But here I’m only sharing my favorite Indonesian-owned establishments.

This was the first restaurant I found when I was living near Daan Forest Park. The shop is Halal and it’s really close to a mosque. Like many Indonesian eateries in Taiwan, there’s a small grocery store next door selling goods and spices and providing services like international money transfer and delivery.

The cook and caretaker of the place, named Midi, has been with Royal since they opened five years ago. Midi says Royal’s most popular menu item is the ayam bakar lalapan, a platter of vegetables served with grilled chicken and shrimp paste chilli sauce.

As for me, I go there for the spice-rich gule kambing (mutton curry) to warm myself during winter and the nasi goreng (fried rice) pretty much all the time. I know it’s only fried rice. I could get it anywhere in Taiwan. But it feels nice to eat decent Indonesian fried rice and pretend I am home.

The nasi goreng at Royal comes with a flat omelette on top, a tender piece of chicken and Indonesian sambal that you’ll want to keep eating.

This is easily one of the top favorites in the community. Located in the underground mall of Beimen Station (near Y28 exit), Indo Arema provides authentic food from East Java Province. A friend of mine who is from Surabaya, capital city of East Java, swears it feels like he’s eating in his hometown.

Nita opened her shop about nine years ago. A Malang native, she likes to joke around with customers, and she’s especially happy if you can reply to her in Javanese. Her thick Eastern Java accent is warm and enthusiastic. When I told her I was going to write about her shop, she withdrew shyly. “I’m busy enough,” she said grinning.

The restaurant also has dishes from other regions. The beef rendang there is a must. Rendang is perhaps the most famous dish from Indonesia. The rich and flavourful sauce originated from Western Sumatra and can involve up to 20 ingredients and a few hours of cooking by a very experienced chef. Nita’s rendang definitely does not disappoint.

This restaurant offers a variety of dishes from Jakarta, the capital city of Indonesia with a history dating back to the 1500s. It’s also the city where I’m from.

Lilis, the owner, is a Chinese-Indonesian immigrant who has been in Taiwan since the 1980s. She was sent to school in Taipei as a young girl and has stayed ever since. “I saw that Taiwanese really love Thai, Malay and Singaporean food. So I thought, why not Indonesian?” Lilis said.

Her personal favorite dishes are the fried chicken and nasi uduk, which is Betawi-style aromatic steamed rice cooked in coconut milk.

Titik Kristiawati came to Taiwan in 2003 to work as a domestic worker. Three years later, she married a local Taiwanese and opened her first Indonesian restaurant in Zhongshan. The business failed. In 2009, she launched this Halal Indonesian shop and eatery that’s lasted for more than a decade.

“I never have any written down recipes. These are all my grandmother’s recipes that I have memorized since I was a kid,” she said. Kristiawati is also known by the name of Liu Li, or her nickname of Bu Lia.

You’ll want to try anything and everything at the buffet, like the telur balado (spicy eggs), nasi kuning (yellow turmeric rice), bakwan udang (shrimp fritters), grilled chicken and fried catfish. Many also like to order ayam geprek from the menu. It’s a crispy crushed fried chicken with hot and spicy chilli on top.

Kendedes also provides catering service for events. The Indonesian Representative Office in Taipei is one of their loyal customers. They can even make nasi tumpeng, which is cone-shaped rice with assorted Indonesian side dishes traditionally made for celebrations.

If you mention the name “Pojok Joyo” to any Indonesian living in Taipei, their eyes will light up and say, “That’s some good meatballs there!” That’s because the restaurant only sells bakso, which is Indonesian meatballs served with noodles, tofu and broth.

Pojok Joyo has been around since 2016. The main chef and person in charge of the shop is the very friendly Hanafi Putra. He first arrived in Taiwan in 1992 to work, then he went back to Indonesia before his re-entry and on-and-off stay. He did all kinds of work, including washing dishes at a restaurant.

His childhood friend, who happened to also migrate to Taiwan, asked him to help run a shop here in Taipei. Hanafi eventually decided to settle himself on the island.

When you walk in, Hanafi will ask: would you like spicy or plain? If you’re a normal person and not a weakling like me, go ahead and choose the spicy option. When you get your bowl, add sweet soy sauce and vinegar according to your liking, then take a bite and get transported to Indonesia. 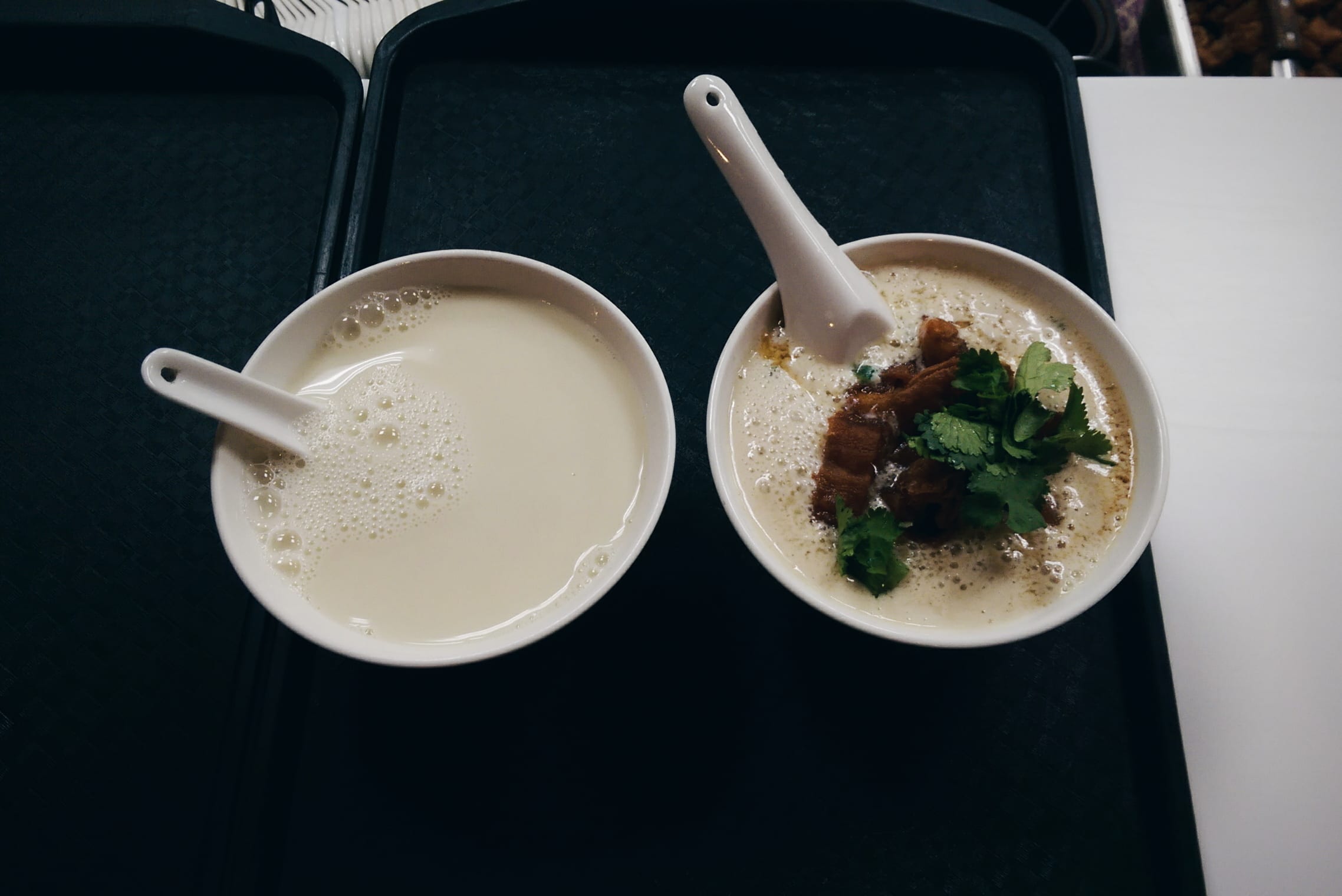 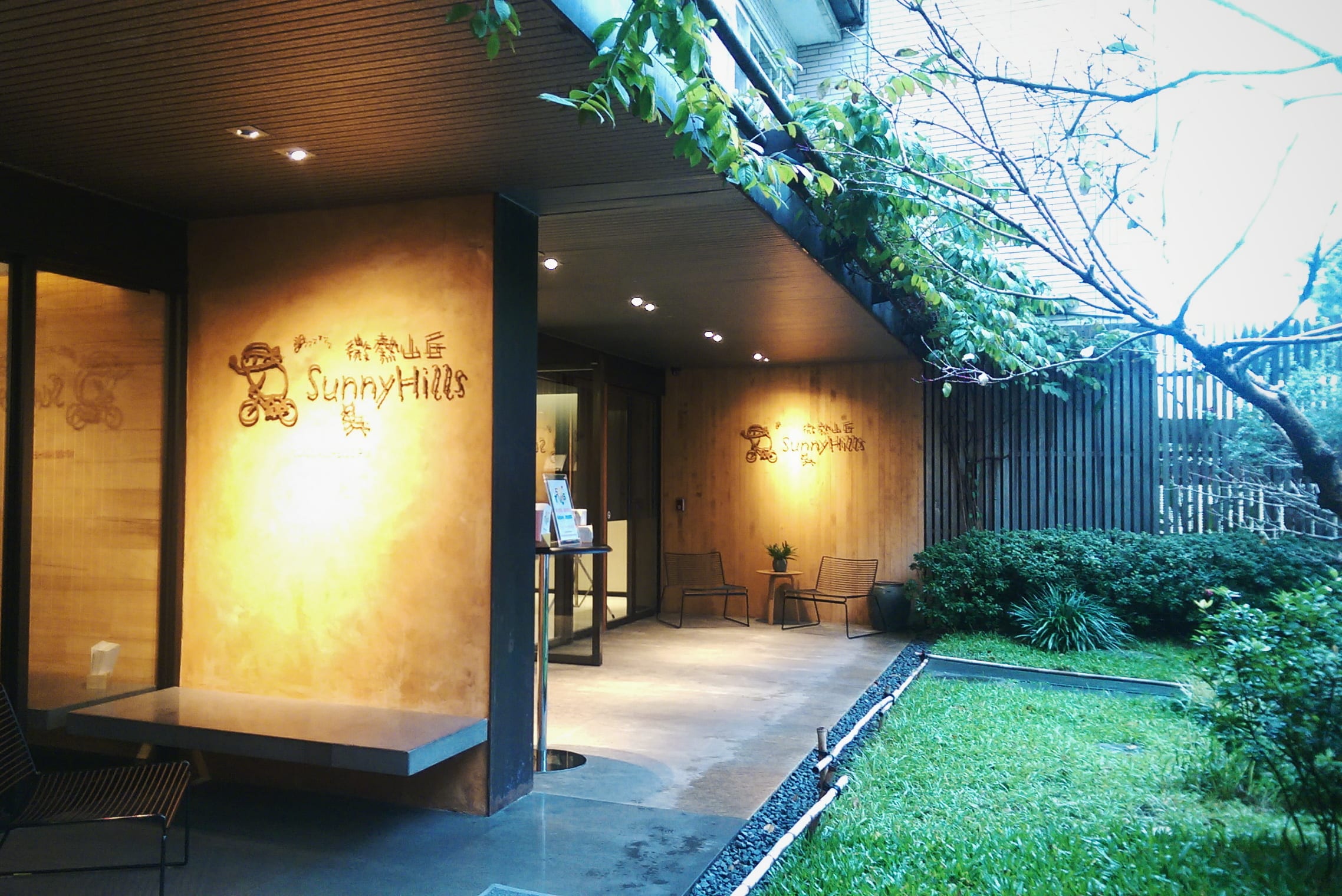 A Visit to the SunnyHills Shop in Taipei 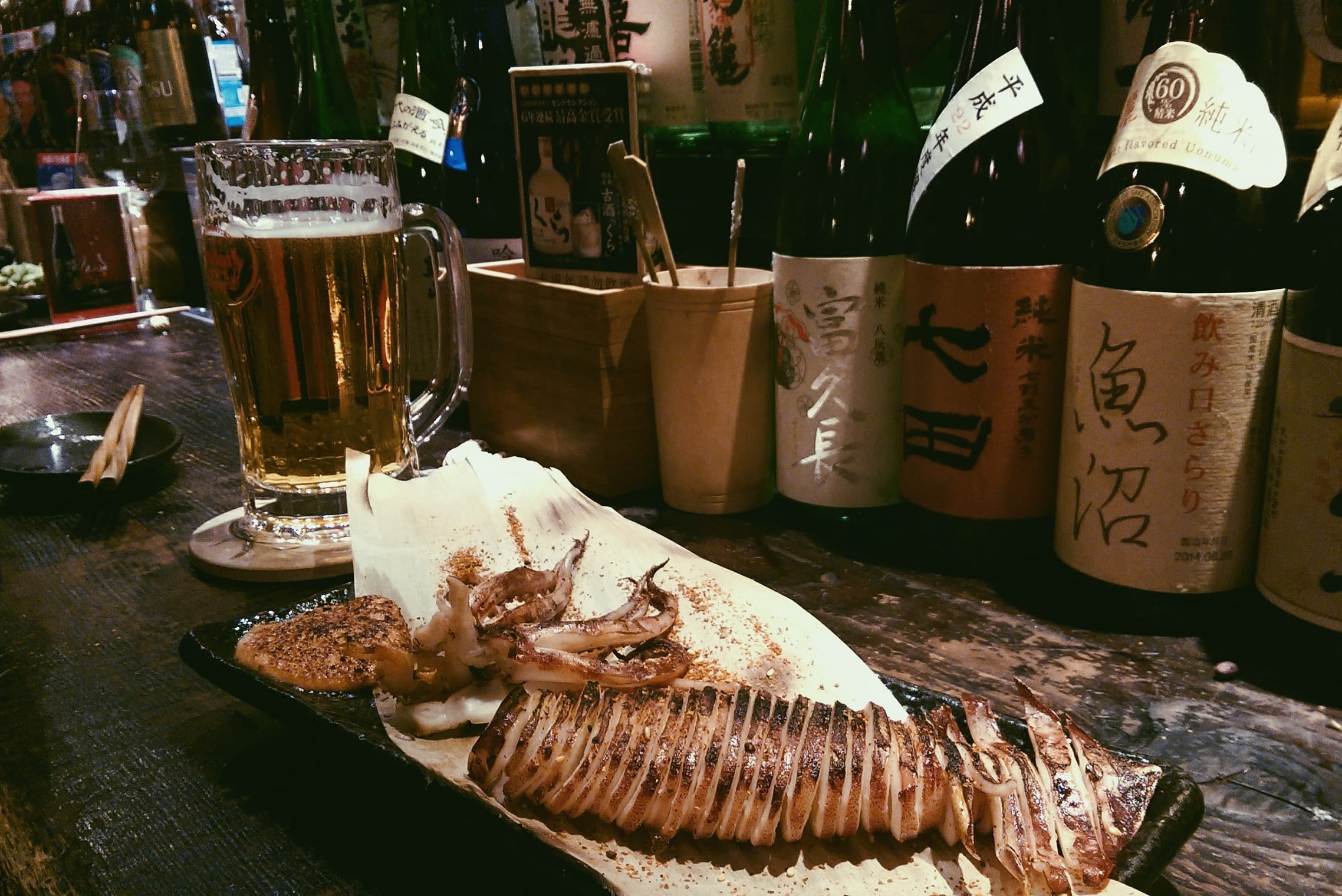