Taipei is one of the best places in the world for tea. It’s a champion of some of the best oolong tea varieties and home to a lush, progressive tea scene that’s constantly in flux. But gone are the days where traditional tea is served in dimly lit, musky tea rooms with oversized wooden tables and cluttered inventory.

“Those places were called cha yi guan [茶藝館] and they started in the 80s,” says David Tsay, a private tea educator in Taipei. A decade or two later, these aforementioned places went out of vogue due to gambling, unseemly conditions and an oversaturation of the market. Only a few spots, like Lin Hua Tai Tea Shop, still exist today.

These days, tea is a much more zen affair thanks to the efforts of the young and hip who are elevating the world’s most consumed beverage into a photogenic and relaxing experience. And when I say tea, I don’t mean bubble tea or overstepped tea bags typically found in an everyday restaurant or grocery store. Tea in the context of this article means high-end, loose-leaf tea that’s often single origin, seasonally picked and hand-processed.

While there are many types of loose-leaf tea out there, Taiwan produces 20 percent of the world’s oolong, so that’s often the brew of choice. There’s Dong Ding oolong from Nantou, which has a woody, toasted flavor. And of course, Alishan Gaoshan, which is arguably the most famous varietal on the island with its sweet, cotton candy-like scent that makes it feel like you’re bathing in milk and honey. These days black tea is also quite popular, so a Ruby Red from Sun Moon Lake, which tastes like sweet plum and cinnamon, might occasionally make an appearance on a tea menu.

It’s definitely not hard to sell people in Taipei on high quality tea, but what’s difficult is getting them to commit to the whole tea brewing process. .

The Evolving Art of Gongfucha

Traditional Taiwanese tea is often associated with the gongfucha experience, which includes a multipart tea set and a very involved, and somewhat complicated series of steps.

From a business perspective, this progression doesn’t always translate well into the real world. While some modern tea houses are still sticklers for tradition, serving tea tableside or offering guided tea menus, they don’t assume their customers practice gongfucha themselves. To compensate for the time-intensive and service-centric nature of running a tea room, some businesses are taking cues from cafes by offering individual servings, fancy cold brews and tea snacks to pair — for better or for worse.

“Ironically, a lot of these new tea shops are indistinguishable from coffee shops or bars, so I have a lot of clients asking me to teach them traditional Song Dynasty tea ceremonies because they want something different,” says Tsay. Many of his clients are younger and new to the tea scene, but they’re enthusiastic about its trajectory.

But one of the biggest differences between high-end tea and coffee culture is that tea spaces are almost as important as the beverage. It’s why so many tea rooms have embraced minimalistic, zen-like vibes in order to set the tone.

Explore these Tea Rooms in Taipei

Tea is a drink to be enjoyed, savored, and reflected on, and these are the tea rooms in Taipei to do so:

Hermit’s Hut is more traditionalist in that it’s a quiet sanctuary to test out your tea pouring skills with a group of friends. This is the place to go if you want to take your tea seriously, and their menu is one of the most comprehensive in town, with white teas dating back to 2013, and a rare, private collection of oolongs that can’t be found at your average tea shop. The interior is thick on natural wood and soft warm lighting. Small tea snacks are available.

Mata is an immersive teahouse tucked behind a small garden next to Yongkang Park. With a Japanese zen aesthetic, it’s heavy on the natural light, foliage, and feels as if it belongs in the countryside rather than smack in the middle of the city. It’s a wonderful place to meet friends for a tasty vegetarian lunch and a long tea service. The staff will offer brief instructions, but they don’t hover. You’ll be left alone for the most part. Mata is a casual place to dip your toes into the art of traditional tea without having to take it too seriously.

Shi Jian is a hip and minimalistic shop that looks — at first glance — more like a perfume parlor than a place that serves tea. With white-washed walls and only a couple of tables, they’re mainly a takeaway place that specializes in cold brews. But if you do snag a table, a full gongfu-style tea service is done tableside in crystal clear vessels, and a petite tea snack is mandatory. Since there are only two tables for the whole store to gawk at, the whole experience can be a bit clunky and awkward if done alone. Otherwise it’s a lovely service to endure with a friend or partner.

Tucked in an alleyway with a large ceiling to floor window, 開門 is a quiet place to get some reading and work done. Unlike a lot of places that provide a full-blown tea experience, this place is more approachable. They have a signature green tea and lots of oolong options. Tea sets are kept to a minimum and purposely designed for individual use. Decked out in wood and a sprinkling of plants, this teahouse is a really cozy place to get in some relaxation time.

There’s quite a robust selection of traditional, single origin teas here, but the main draw of this place is its creativity. There’s a diverse selection of great tea concoctions, like the Pu’erh latte, Jinxuan tea steeped with lemon, or black tea served with freshly made tapioca pearls. Teas are treated like cocktails here, and there’s a lot of variation in the menu that can’t be found in most tea shops. It’s one of the best places to take people who aren’t exactly diehard tea fanatics, but have an open mind and want to try something new.

This is a dreamy, wooden courtyard building that once upon a time doubled as the dormitory of National Taiwanese University professors. Today, it’s been converted into a full-on teahouse, and the options here are mainly single origin teas served gongfu style. They’ve taken cues from British afternoon tea though, and have one of the most extensive afternoon tea snack menus around that rotates based on seasonality. Dinner and lunch is also available for people who want to make a meal out of the experience. 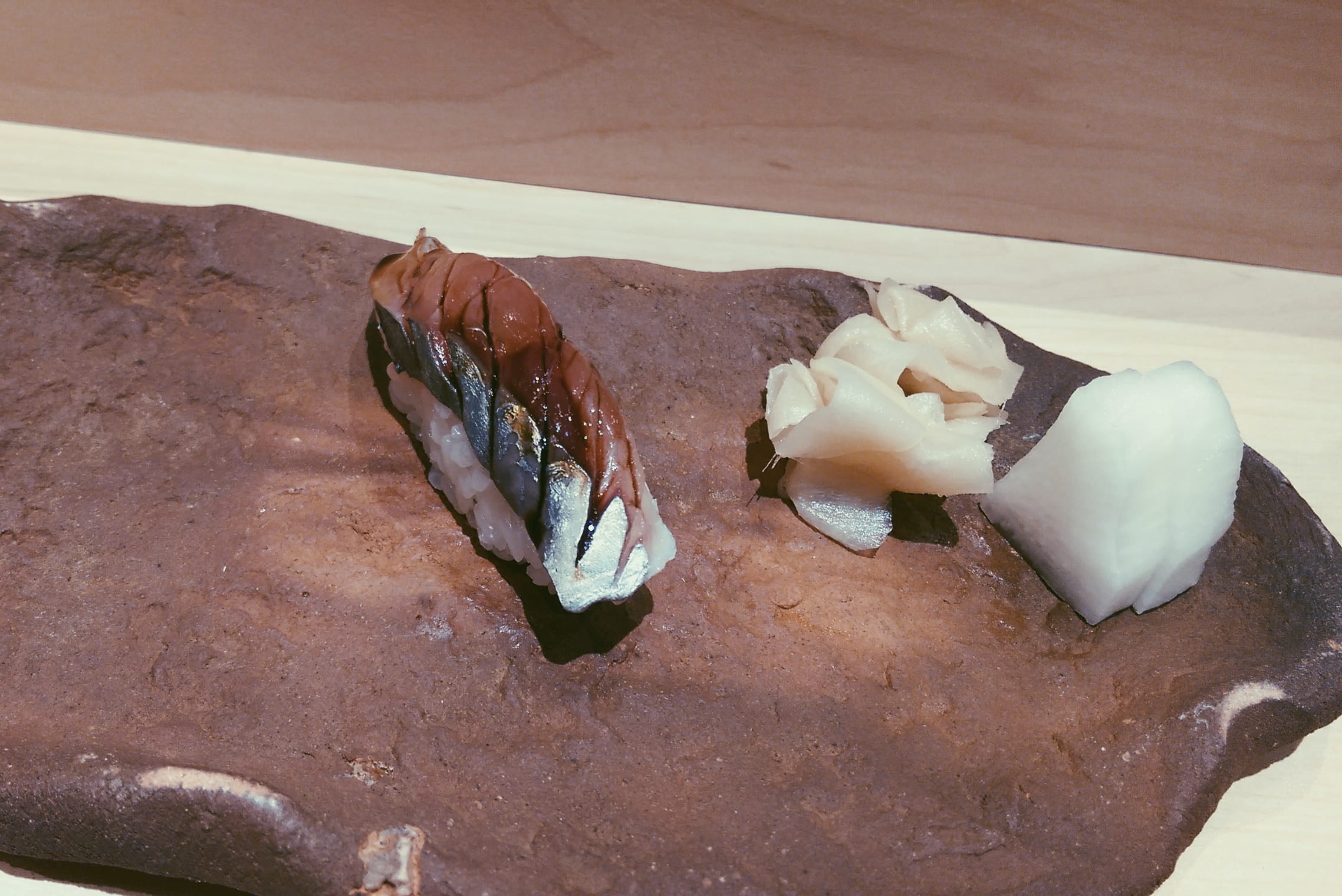 An Omakase Lunch at Nomura 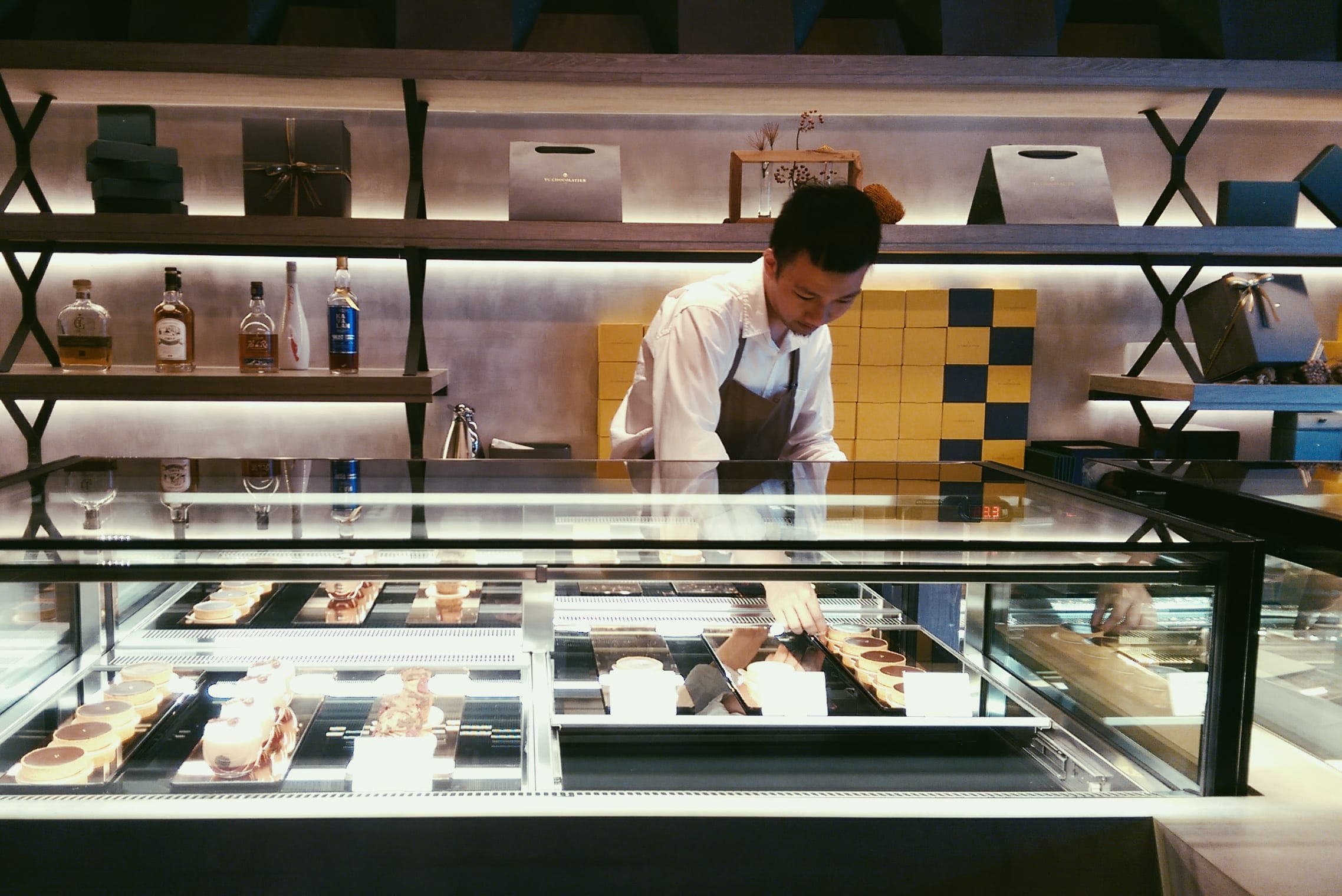 August 9, 2019
There are no comments yet No comments