Where to Drink in Taipei

Taipei has really grown into a great drinking city, making this post a bit of a beast to put together. The local craft beer scene has matured, and so has the cocktail scene. There are fancy places to get dressed up for, and also plenty of casual places to simply relax and hang out. It’s pretty cool.

While I definitely don’t go out to drink as much as I used to, I did check with a few “in the know” people to make sure there are no drastic omissions. So whether you’re visiting Taipei or you’re a local, I hope you’ll see a handful of interesting places to try. Ganbei!

Where to Try Taiwanese Craft Beer

Taihu Craft Beer Tasting Room — Taihu is one of the original Taiwanese craft beer names. The bar is typically packed upstairs, so head downstairs for more seating and some bar games. It’s also one of the few places to try Taiwanese wine from Weightstone. Open daily from 5pm. MRT: Zhongxiao Fuxing (Map)

Buckskin Beerhouse — From the makers of Kavalan Whisky, Buckskin is a mainstream craft beer brand you can pick up at 7-11 and supermarkets. Their taprooms are lovely places to spend a few hours. I’m impressed their two locations by Songjiang Nanjing MRT (Map) and Taipei 101 MRT (Map) are both open from 8am daily, according to Google.

Jolly Brewery + Restaurant — Craft beer served with Thai food which is a nice change from the usual pizzas, pastas and burgers. Popular with locals. Open daily from 11:30am. They rest in the afternoons from 2:30pm til 5:30pm. MRT: Ximen (Map)

Where to Hang Out with Friends

The Shrine Cafe & Bar — An eclectic and cosy space with very interesting and random decor. They have craft beer on tap, lots of bottles and happy hour from 3pm til 9pm. Open daily from 1pm. MRT: Taipower Building (Map)

Another Brick — A lively bar in the Guting area a short stroll from The Shrine. Open daily from 6pm. MRT: Taipower Building (Map)

Driftwood 西門町 — A huge space in Ximending run by Taihu brewing. Open from 5pm on weekdays. From 3pm on weekends. MRT: Ximen/Beimen (Map)

父母 FuMu — A breakfast joint in the daytime that transforms into a casual bar for cocktails, beers and boardgames til the wee hours. And it’s dog friendly! Open daily from 8am on weekdays, 10am on weekends. MRT: Nanjing Fuxing (Map)

Mikkeller Taipei — The Taipei outpost of the Danish brand. Upstairs is a quiet spot to hang out. MRT: Beimen (Map)

Karaoke — I mean just any karaoke place like Holiday KTV or Partyworld. It’s like having a private bar except you have to sing your own songs.

Where to Drop $$ on Cocktails

It feels like there’s a new cocktail bar opening every other month so I checked with some big cocktail drinkers where they like to go. Note that most of the good/popular cocktail places in Taipei are priced 400NT or more a drink, so we’re definitely not messing around. And if you’re three or more, I’d recommend calling ahead to book a table.

AHA Saloon — Some people say it’s the best bar in Taipei. Others say the service kind of sucks. Open daily from 8pm til 2am. MRT: Technology Building (Map)

Bar Mood — I heard the highball is the best here because they have a high-end soda water machine. Open daily from 6pm til 1am. MRT: Zhongxiao Fuxing (Map)

Placebo — A favorite of bartenders. Open daily from 8pm til 2am. Saturdays til 3am. MRT: Xinyi Anhe (Map)

R&D Cocktail Lab — Super crowded and popular. I’ve even seen a line out the door of people waiting for a table. Open daily from 7pm. MRT: Taipei 101 (Map)

Digout Bar & Cafe — A friend says the cocktails at this tiny bar are better than at R&D. Open daily from 8pm til 2am. MRT: Xinyi Anhe (Map)

The Tavernist — The bar on the 12th floor of Kimpton Daan Hotel has generous outdoor seating and a menu of interesting and pricey cocktails with Taiwanese twists. MRT: Zhongxiao Fuxing (Map)

Where to Sip Whisky

Admittedly I don’t drink whisky but these are two places whisky-drinkers I know recommended:

The Malt — Someone on Google Review said this place is a “whiskey lover’s paradise”. Open daily from 7pm. MRT: Daan (Map)

Where to Eat While You Drink

Le Blanc — Get the steak and unlimited fries. Start with a glass of sparkling wine, then shift to red wine by the glass. Or BYO, there’s no corkage fee. Open daily from 11:30am. Kitchen closes at 9pm. MRT: Daan (Map)

Addiction Aquatic Development — Check out the standing sushi bar for the freshest seafood in Taipei and plenty of beer, wines by the glass and sake. Open daily from 11am til 11:30pm. MRT: Zhongshan Junior High School (Map)

Fireweeds — A Japanese izakaya the locals love. They serve beers on tap and have a big selection of sake. Ambiance here is lovely because the restaurant’s in a renovated Japanese cottage. Open daily from 5pm til 12am. MRT: Guting (Map)

Acheng Goose — The best place to kill a half dozen bottles of Taiwan Beer 18 Days. Settle in with a big plate of roast goose, goose blood, the bamboo and the sausages. Open daily from 11:30am to 9pm. MRT: Songjiang Nanjing (Map)

Taiwanippon 赤綠 — A super casual izakaya restaurant for small plates. The sashimi platter is incredible. They offer wines by the bottle or glass, beer on tap and also a big selection of sake. MRT: Zhongxiao Fuxing (Map)

Le Kief Ling Jiu Tailor — A cosy (but super busy) place for cocktails and decent food. Yes, the storefront is a tailor. You need to pick up the phone to open the real door. When I went we were only allowed our table for 90 minutes. Closed Sundays. MRT: Sun Yat-Sen Memorial Hall (Map)

Where to Drink in the Daytime

Woolloomooloo — The upstairs patio is a lovely spot to watch Taipei traffic pass by. Woolloomooloo is an Australian restaurant and cafe, so all the craft beers and wines are from Australia. If there’s one place to have a boozy brunch in the city, this is it. Open daily from 7:30am. MRT: Taipei 101 (Map)

Gonna — My favorite fast casual restaurant in the city that’s bustling every day. They have a house red and white wines by the glass or bottle, plus lots of beer options from Buckskin and Taihu, as well as alcohol-free options from Mikkeller. Open from 8am daily. MRT: Zhongxiao Dunhua (Map)

British Oyster Seafood Shed — Chill with oysters shucked to order, fish and chips or the fish burger. Enjoy with Guinness on tap and white wines by the glass. Open 11:30am. Closed Tuesdays. MRT: Yuanshan (Map)

Cafe de LUGANO — Nothing beats a drink outdoors when the weather’s nice. And this restaurant is quiet too, since the Mandarin Oriental is a bit far back from the main road. MRT: Nanjing Fuxing (Map)

Where to Have Happy Hour

Bobwundaye — A dive bar with happy hour from 6pm to 9pm daily. Glasses of wine are 100NT. Order the potato wedges. Open from 6pm til 2am. Closed Sundays. Kitchen closed on Mondays. MRT: Technology Building (Map)

Little Creatures — Buy one get one free craft beer from 4 til 6pm Monday to Friday. From 3pm til 6pm on weekends. The beer flight is only 250NT. A bowl of fries is 100NT. Bargains. MRT: Zhongxiao Dunhua (Map)

Where to Have Drinks with a View

Bar 88 ⁠— On the 88th floor of the Taipei 101 skyscraper, it’s the highest bar in Taipei. Only visitors to the observation deck on the 89th floor can access the bar, so you’ll need to get a ticket. Open daily from 9am til 10pm. MRT: Taipei 101 (Map)

Marco Polo Lounge — One of the best nighttime views of the city from the 38th floor of the Shangri-La hotel. Open 2:30pm til 1am. Closed Mondays. MRT: Liuzhangli (Map)

The Terrace Bar — It’s only on the 6th floor, but the Terrace Bar at Humble House hotel is pretty special because it looks up at Taipei 101. Open daily from 10am til 1am. MRT: Taipei City Hall (Map)

Where to Have a Quick One

Draft Land — A standing bar with cocktails on tap. It doesn’t get more efficient than that. Opens daily from 6pm til 1am. Map: Zhongxiao Dunhua (Map)

7-11 & Family Mart — No joke, all the convenience stores around town have a serious selection of local and imported beers. Selected 7-11 even serve beers on tap. 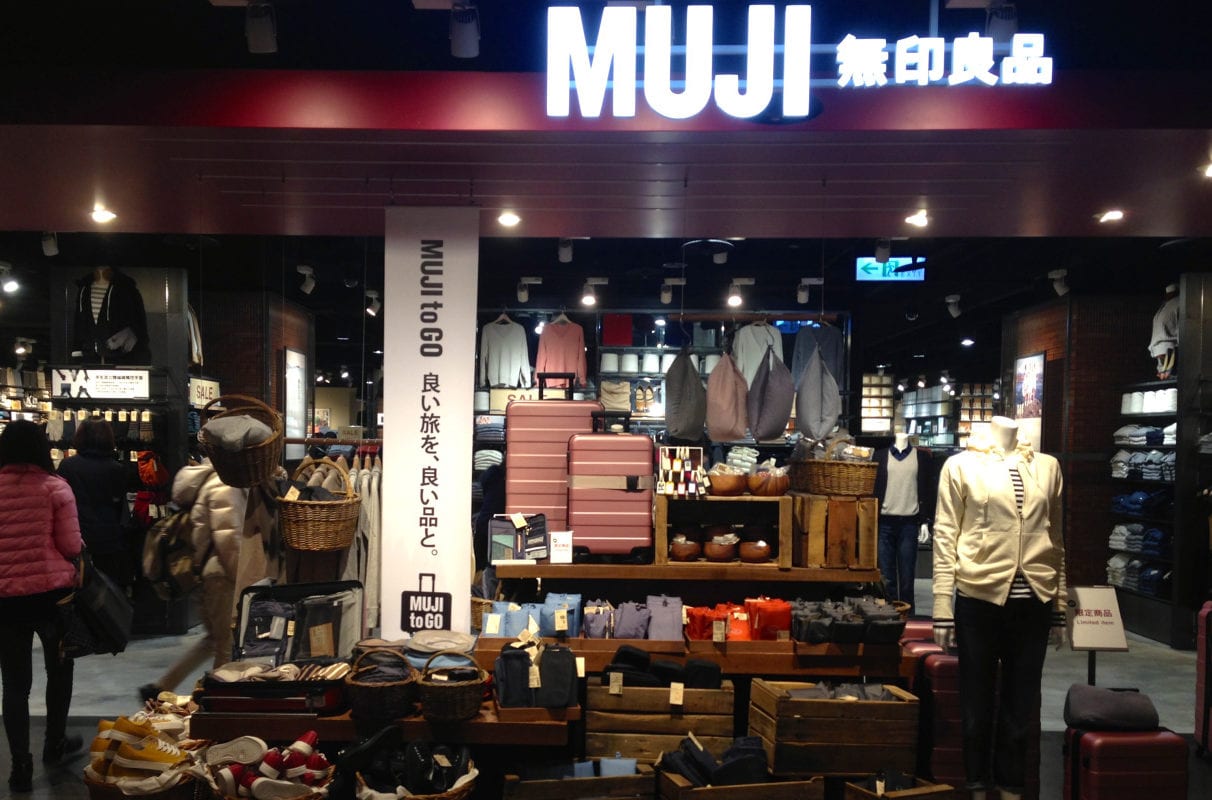 The Best MUJI Store in Taipei 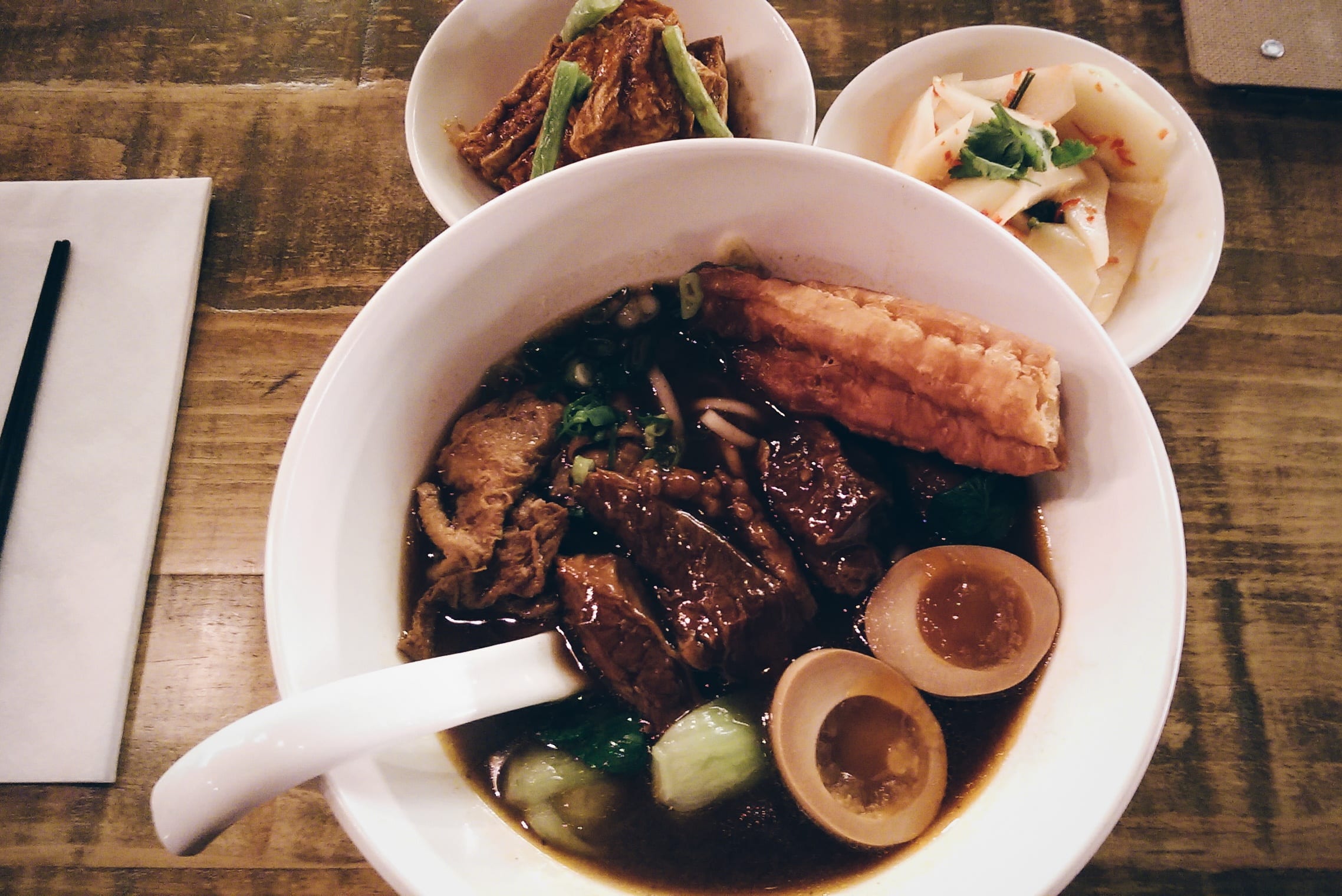