Well, it’s over! But before we all slink back to reality, here’s my personal take on the best and worst of the 2017 Taipei Universiade…

It was like a parody of Ocean’s Eleven but with a cast of grumpy old Taiwanese people. I can imagine them plotting away in an old teahouse, so pleased with themselves and their deviousness, only to have the entire operation blow up in their faces. Then after having their protest broken up by the police, they went home that night just so, so mad and shaking their fists at the night sky before spending an hour or two throwing back shots of Taiwan Beer.

How damn nice it was to see sporty, fresh-faced Taiwanese men represented in our media instead of arrested telecom fraudsters! And women doing things other than standing around with corporate logos stuck to their bare arms while holding a smartphone or piece of jewelry! All of the medal-placing Taiwanese athletes deserve mainstream recognition, star status, the adulation of little kids and the respect of everyone else. I’d much rather see them in TV ads than any of the interchangable, plastic so-called celebrities we’re used to. Plus, this spontaneous dance-off between the women’s basketball teams of Taiwan, Australia and Japan showed more class and humor, and was way more authentic than anything else depicting Taiwanese pop culture in recent memory. 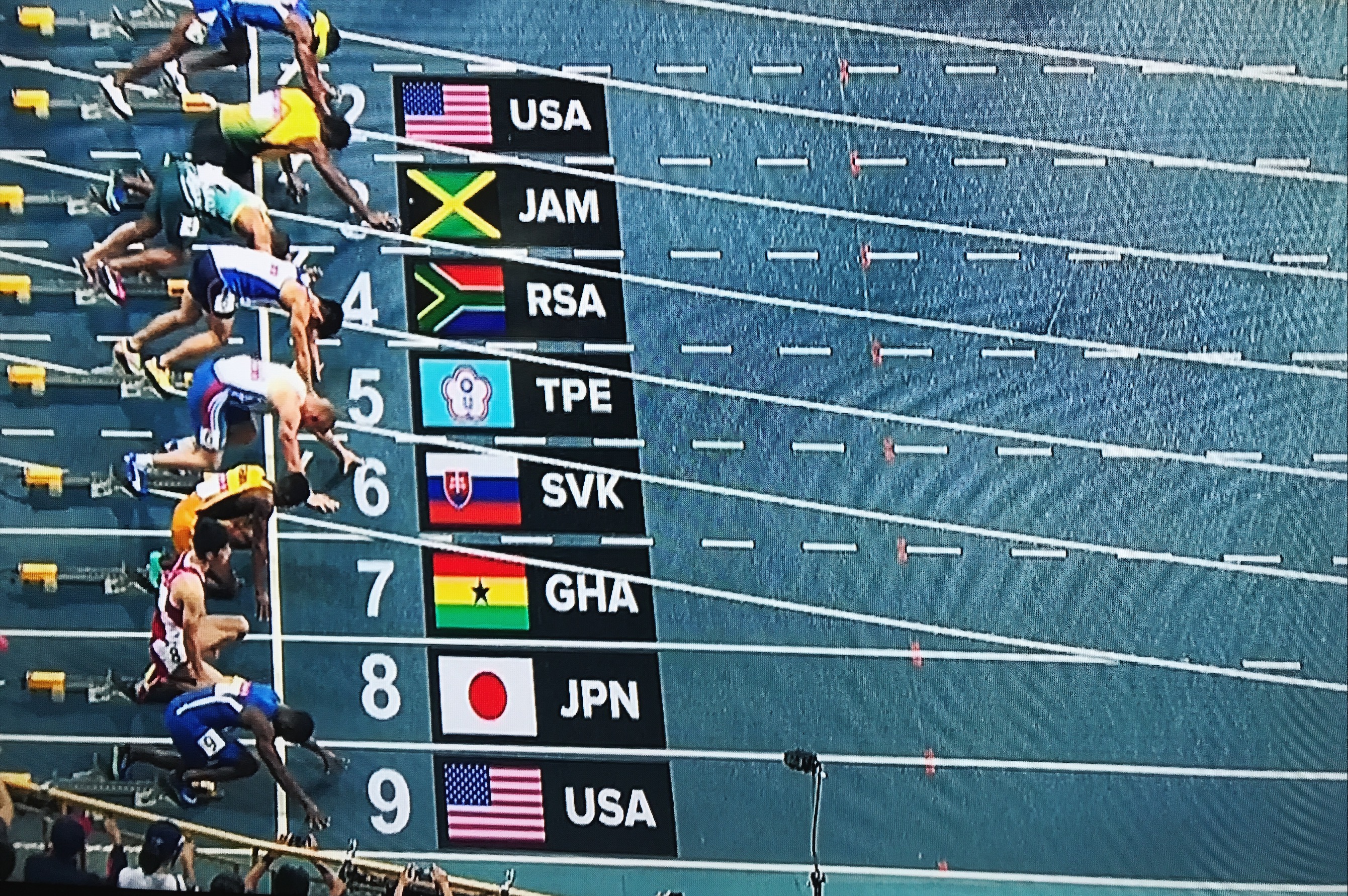 During the Universiade, I found myself doing something strange: I took photos of the TV screen because I wanted to capture moments that felt as alien to me as a Beyonce sighting in Sogo. For instance, seeing Taiwan represented in lane five for the Men’s 100m sprint. And winning! Or Mayor Ko wearing a suit, tie and dress shoes at the Opening Ceremony. Who knew our homegrown athletes were so legitimately awesome? Or that Mayor Ko was capable of pulling off a serious suit?

For more of my gushy feelings, here’s an earlier essay I wrote about how the 2017 Taipei Universiade has changed Taiwan.

4. All the focus on Taiwanese youth

As someone on the older end of the Gen Y age spectrum, I’ll admit to wondering from time to time if Taiwan’s young people are only interested in hanging out in cafes, opening new cafes, or finding new cafes to hang out in. That’s if they’re not escaping to Australia or France for a few years with working holiday visas. (And who can blame them?) But the Universiade proved me wrong. The thousands of young volunteers were professional and enthusiastic.

I later learned Taipei City Government started recruiting local and foreign volunteers last year, and applicants had to pass an interview testing their English abilities and personality fit. It must have been a huge thrill for the volunteers to mix it up with athletes from around the world, chat to them in English and other languages, and get an insider’s look at the behind-the-scenes organization of the Universiade. Hopefully this experience inspires them to continue practicing their English and doing interesting things — totally unrelated to cafes — both in Taiwan and abroad.

I remember being in Australia (where I grew up) watching the Opening Ceremony for the 2000 Sydney Olympic Games on TV, feeling this weird sense of pride that the whole world was loving all the historical and quirky parts of Australian culture. The same applied to the Taipei Opening Ceremony. Everything made me swoon: from the Taiwanese aboriginal singers and musicians, to the traditional and contemporary dancers, to the violin solo by the talented 23-year-old Tseng Yu-chien, to the cauldron being lit by a home run hit from baseball legend Chen Chin-feng while the stadium crowd chanted his name. My husband, who played baseball growing up, got all choked up then patiently explained to me exactly why this guy is a legend.

If you picked one up outside any Universiade venue for 30NT, it was probably the best 30NT you’ve ever spent.

And now we switch to the dark side…

7. All the dumb, clickbait articles

Hello, we’re Taiwan. Did you know we’re really, really shallow? Like, we find athletic white people so amazing to look at that we’ll buy out tickets to sporting events solely to be closer to their hot, pale bodies? That was the gist of the endless coverage and social media sharing surrounding the Dutch waterpolo team — egged on by an eager social media manager at Taipei’s Netherlands Trade & Investment Office desperate to reach 10,000 Facebook page likes. Made me cringe hard, I tell you.

This specific moment at an official press conference also annoyed me enough to write a post about Taiwan’s casual sexism. For some reason, many Taiwanese (of both sexes) are incapable of saying anything intelligent or interesting beyond “she’s cute” or “he’s hot”. One day I hope to understand how an entire society got this dumbed down. Until then, my eyes will continue rolling.

8. Lazy reporting from the media

Did you hear the news about how the German team decided not to play their national anthem at medal ceremonies in solidarity with Taiwan? So considerate of them. The story spread like crazy on social media and print newspapers. Only problem is it was totally false. National anthems have never been played during Universiade medal ceremonies — the official FISU anthem is played instead — something I noticed when I attended a day of the artistic gymnastics finals.

What happened was this: Taiwan-based, German journalist Klaus Bardenhagen wrote an article in German (here’s the English version) that was mis-translated by a Taiwanese person, then media outlets including Apple Daily simply ran with it without bothering to fact-check at all. I get that Taiwanese people love these small, feel-good gestures that somehow validate our existence — see the similar fawning over the Uruguay banner — but when it’s flat-out wrong, it proves how little the media cares about journalistic credibility, and — I hate to say it — how desperate Taiwan can be when it comes to being accepted and liked by outsiders.

9. The “Chinese Taipei” brand and uniforms

No one likes that we compete under “Chinese Taipei” — we’re all in agreement on that. But do we have to look so bad doing it? Let’s just pick one solid color, one logo and run with it. Perhaps we can get the people who do the airline uniforms to weigh in. China Airlines and EVA employees always look pretty good.

10. The pain of buying tickets online

Finally, a few complaints about the entire online experience of the Universiade: 1) The ticketing section of the 2017.taipei website was not user-friendly at all, and it was also pretty impossible to browse on the phone. 2) Why was the entire site down for stretches of maintenance when its only purpose in life was to be live for the 12 days of the Universiade? 3) The official 2017 Taipei Universiade Facebook page was Chinese only, while the official English page was completely abandoned back in July. For an international event, this was more than a little odd.

So that’s my report card for the Universiade. What were your highlights? And what do you think could have been done better?

We totally killed it.

END_OF_DOCUMENT_TOKEN_TO_BE_REPLACED 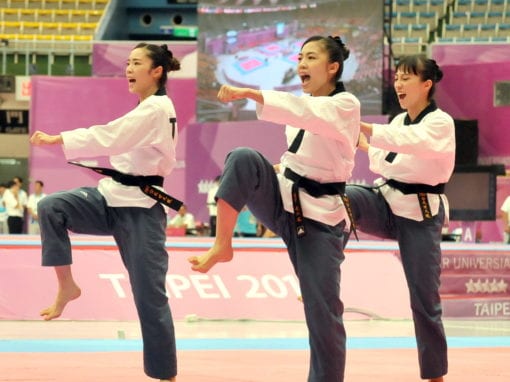 END_OF_DOCUMENT_TOKEN_TO_BE_REPLACED

Taiwan at the 1976 Montreal Olympics.